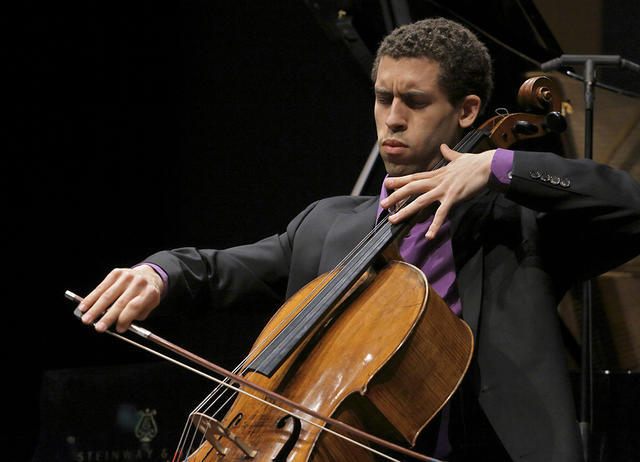 The Akron Symphony Orchestra will open their 2017-2018 season on Saturday, Sept. 23 at 8:00 p.m. at EJ Thomas Hall with a special concert titled, The Slavic Soul.

The Orchestra’s opening concert will feature Tchaikovsky’s “Marche slave”, which is a famous work with folk themes from Russian and Serbian culture. The performance will also feature Symphony No. 7, which is considered to be one of composer Dvořák’s greatest works.

The performance will feature critically acclaimed cellist, Tony Rymer. Rymer is a native of Boston and began playing the cello at the age of five. He has played privately for Yo-Yo Ma and is an avid chamber musician.

Tony Rymer won first prize of the 2009 Sphinx Competition Senior Division, took 3rd place in the 2009 Stulberg International String Competition and was the Second Prize Winner in the 2014 Enescu Competition.

“Tony Rymer has appeared as a soloist with many of the top orchestras in the country. We are thrilled that he is making his Akron Symphony debut this weekend,” Christopher Wilkins, music director and conductor for the Akron Symphony said.

Following the Akron Symphony’s opening night, there will be an after-party at Jilly’s Music Room which will feature live music and drink specials. For attendees under the age of 21, there will be a cover charge of $5 in order to attend the after party.