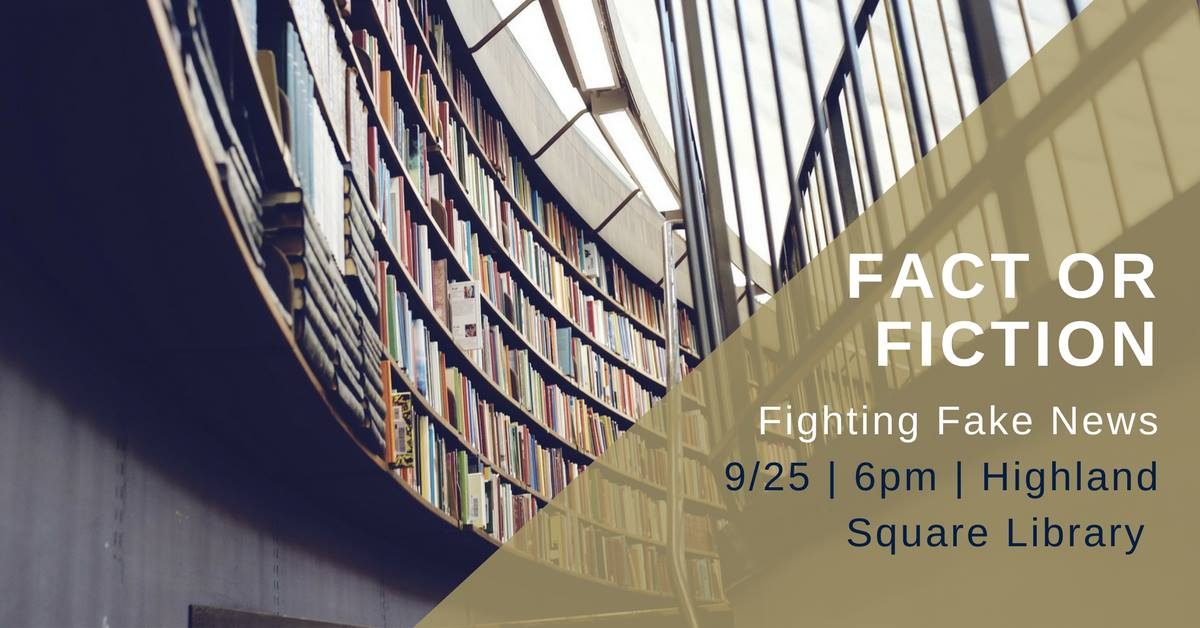 Highland Square Library is hosting an event that will dive into the topic of fake news on Monday, Sept. 25 at 6:00 p.m.

Experts from The University of Akron and the Akron community will be panelists who will “look at the issue of fake news, the role that social media plays, and the impact that it has socially and politically.  The panel will also attempt to contrast it with what is, ideally, good journalism,” panelist, Juan Contreras, said.

“I think the event is of such importance for the student body at The University of Akron and the community because of the impact that fake news can have. We have all heard the term, but do we really understand it? Can we really differentiate between reliable news and fake news?  We rely on news to form opinions and make decisions, so it is crucial to understand the news context in which we currently live,” Contreras said.