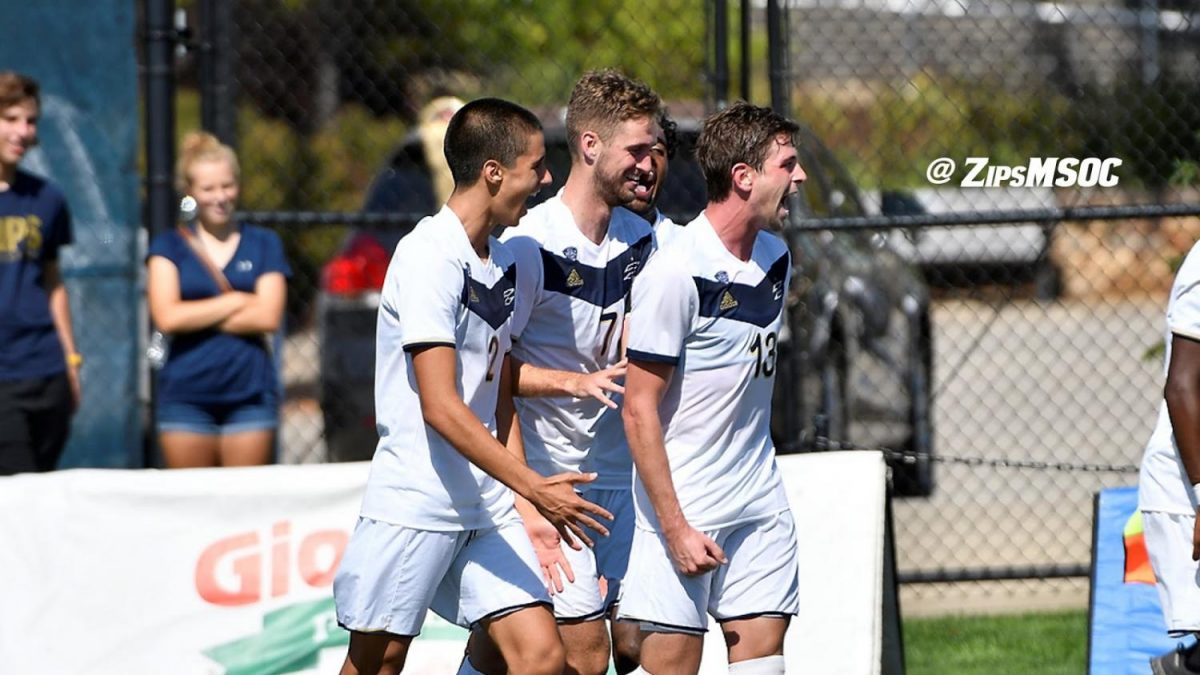 Akron Men’s Soccer kicked off Sunday morning off at FirstEnergy Stadium competing against No. 21 UMass Lowell

The Zips dominated the River Hawks in the 90-degree weather, from kickoff, as the Zips pressured the UMass’s possession on the ball. Making it difficult for the River Hawks to play out of the back and cross the halfway line.

The Zips continued to pressure their opponent, leading to the first goal of the game in the 31st minute by the Liverpool native, forward Sam Gainford. The goal would be assisted by substitute forward, David Egbo after picking out Gainford in the box, where the No. 7 forward then gained control and delivered the ball into the net to beat, UML’s goalkeeper, Austin Kroll, for the goal.

Egbo followed his goal assist by finding the back of the net with just five minutes left in the first half to extend Akron’s lead to 2-0. The Zips were able to outshoot the River Hawks in the first half, 6-0, including 2-0 on goal.

The third goal of the afternoon came from Gainford in the 52nd minute of the game, after intercepting a River Hawk’s pass in the six-yard box. Manuel Corseiro and Jackson Crawford capped off Akron’s scoring in the 58th and 88th minute of the game. Allowing Akron to close out the match, 5-0 for their third win of the season.

Akron’s next game will be against the top-rated Michigan State, who remain undefeated thus far in the season. The game will take place at Cub Cadet Field on Wednesday, at 7 p.m. on Sept. 27.