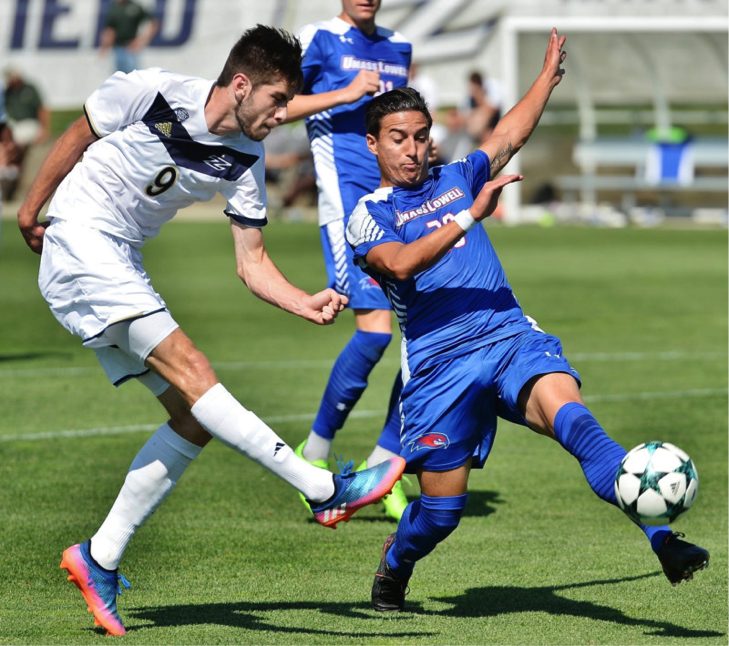 Coming off the dominating 5-0 victory over UMass Lowell on Sunday, Sept. 24, The University of Akron Men’s Soccer will face their biggest challenge of the season as they play top-ranked Michigan State at First Energy Stadium-Cub Cadet Field, Sept. 27, at 7 p.m.

At 6:15 p.m., the AK Rowdies will be holding a pregame event in Coleman Commons for Zips fans. Game night will also feature a Greek Night and ClubROO event outside the Cub Cadet Field, featuring DJDK. Upon entry, fans will receive free t-shirts and glow sticks. Greek Life will also host an event during halftime.

The Zips look to be in top form, adding to their undefeated streak. Within those four games, Akron has only conceded one match, thanks to the Zip’s high press of the ball when on the defense, along with keeper, Ben Lundt’s, star performance in front of the goal. Lundt has registered seven saves this season, and was named the weekly Summa Health Student-Athlete of the Week.

On the other side, Akron’s offense has been top notch. In the last four games, the Zips have scored 10 goals. Leading the attack is forward and Mid-American Conference Men’s Soccer Player of the Week, Sam Gainford. Gainford has scored four goals in the last four games he has played in.

The reigning Big Ten conference champions, Michigan State will enter Cub Cadet Field following a 0-0 double overtime against No. 3 Maryland last week. The Spartans remain undefeated, capitalizing on their solid defense this season. Spartan goalkeeper, Jimmy Hague, has 26 registered saves this season and a 0.12 goal-against average with seven shutout performances. MSU’s offense is lead by forward, DeJuan Jones, with four goals this season, three of which were game winners.

“MSU is a strong team,” head coach, Jared Embick, said. “You have to really play well, and find ways to attack them to compete with them. They’re pretty dominant, that’s one thing they have been consistent with. They always had good players along the back line.”

UA students are admitted free with their ZipCard. Additional tickets are available at Cub Cadet Field, or through www.gozips.com.