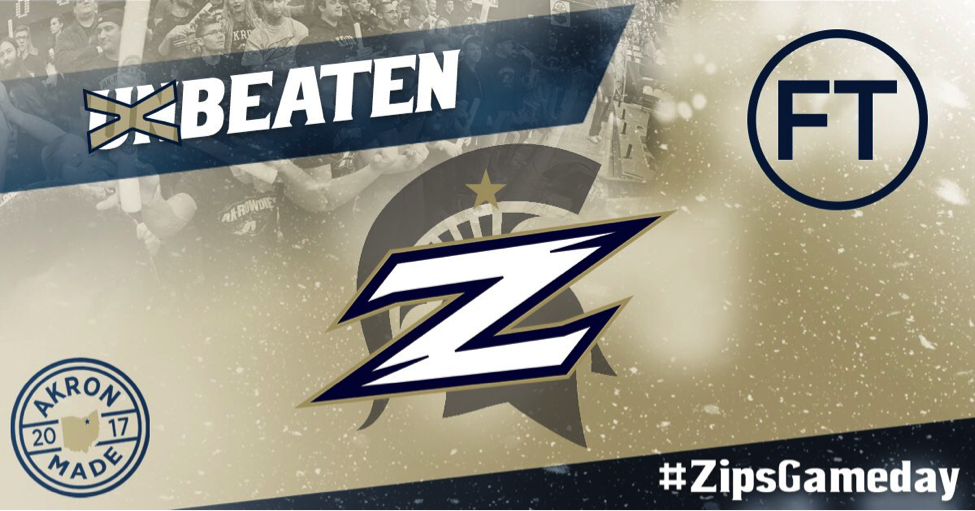 The University of Akron men’s soccer team showed what they are truly capable of doing this season following their 4-1 victory over a No. 1 Michigan State University on Wednesday, Sept. 27, at FirstEnergy Stadium–Cub Cadet Field. This is the highest ranked team the Zips have beat, since defeating No.2 Tulsa 4-0 in 2010.

“Yeah, I think after the disappointing draw with Saint Louis [University] where we got shutout, we just decided to refocus and really put the work in training,” head coach, Jared Embick, said. “You know, we challenged everybody. The staff challenged everybody and you just a different team now. A little bit more hungry.”

Michigan State came into the game only conceding one goal on the season along with being ranked in the top five teams in the national polls. Senior, Nick Shultz, would put all that to rest when he found the back of the Spartan’s net 16 minutes into the game, his first goal of the season.

“No, the last time I scored was my freshman year when I was playing winger so it’s been a while. Feels great,” said Shultz on the goal.

Akron would continue to attack into Michigan State’s final third, leading to another Shultz goal in the last minute of the half.The Zips would go on to close out the half, 2-0.

The Zips would return to the field with the same focus as in the first half and extend their lead in the 71st minute from Sophomore, Nick Hinds, only to be followed up by freshman, Joáo Moutinho, in the 85th minute. Both Hind’s and Mourinho’s goals would be separated by MSU’s senior Ryan Scott’s goal in the final 10 minutes of the match.

“I thought in the first half our energy and our pressure really caused them problems,” Embick said. “They made some good adjustments in the second half and we had to get reorganized halfway through, but you could just tell when you want to win and when you want to compete you find a way to make plays. Collectively, we had a great effort.”

The result would give Michigan State their first loss of the season and should raise the perception of Akron in the national polls.

“I think we dominated the match. We did everything we talked about doing and we have to build from that. As a coach, you are happy, but we have a game on Saturday that we have to rebound mentally for,” Embick said.

The Zips return on Saturday, Sept. 30, and face off against Saint Mary’s (Calf.) at Cub Cadet Field at 7 p.m.