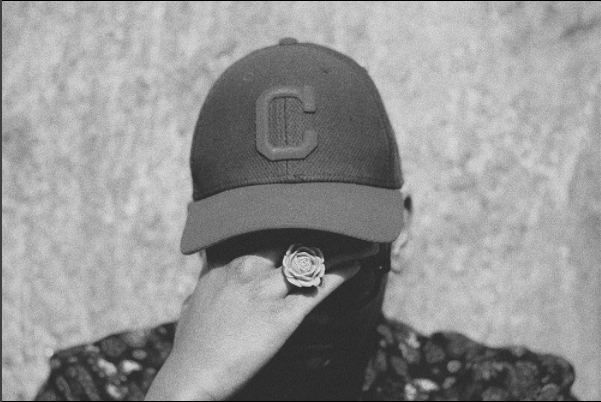 LuvAbstract, is a pop/rap artist who explores all types of genres including electro and R&B. He is an up and coming musician from Akron, Ohio. Not only is LuvAbstract from Akron himself, but the friend who pushed him into starting this career, his producers, and his videographers are all from Akron as well. His first shows were even right here in his hometown. “Akron has influenced virtually every aspect of my career so far,” LuvAbstract said.

LuvAbstract, also known as Manny, has always had a love for music, but it wasn’t until college that he started taking his music seriously. As a senior in college, Manny was showing his roommates different songs he put together, and the songs were a hit. LuvAbstract mentioned, “My roommates asked ‘why don’t you really do this, why don’t you just try it?’ The next day I rented out a studio and LuvAbstract was born.”

“Stereotypically, everyone wants to be a rockstar when they’re younger,” LuvAbstract said, “I was the same way.”

LuvAbstract encourages everyone to go for their dream career because “even if you don’t make it big, at least you are doing it.” That is why he decided to chase his dream. “I just didn’t want to be 45-50 still wondering what would have happened if I didn’t try”

“Lovely”, which came out recently, is LuvAbstract’s first collection of music. This EP was a hip-hop project that really helped push Manny in the right direction with his career. And if you love his first collection, coming soon is the new single, “Driveway” which will come out Oct. 18.

Also, on Nov. 29, LuvAbstract is coming out with a new EP called “The Abstract.” This EP will be a continuation of his first, “Lovely” with more of a pop sound rather than hip-hop.

You can listen to LuvAbstract on SoundCloud and keep updated with his music and career on Instagram @LuvAbstract.