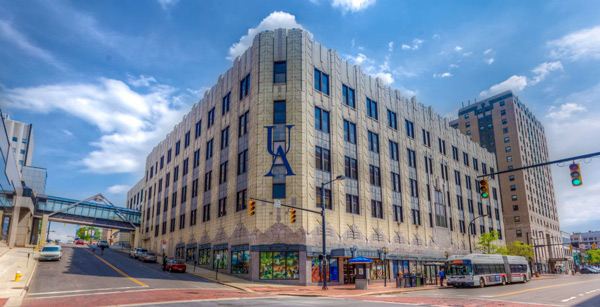 Akron's Polsky Building. (Photo courtesy of The University of Akron)

The University of Akron Police Department issued an ‘all clear’ after a bomb threat was called into the Polsky Building on Friday morning, confirming that there was no real threat to students or faculty.

According to UAPD, the threat was called into the Physical Facilities and Operations Center around 7:45 am.

Police entered the building and used specially trained dogs to search the premises. Believing that the threat was not credible, University officials opted to not evacuate the building and continue classes for the day.

After a thorough search of the building, UAPD reported that no explosive devices were found and concluded that the bomb threat was false.

An investigation is underway and police are working to identify the caller. Anyone with information is encouraged to call The University of Akron Police Department at 330-972-2911, or submit a tip anonymously by texting 274637 (CRIMES) with the keyword “ZIPTIP.” Anonymous tips are also accepted at this website.