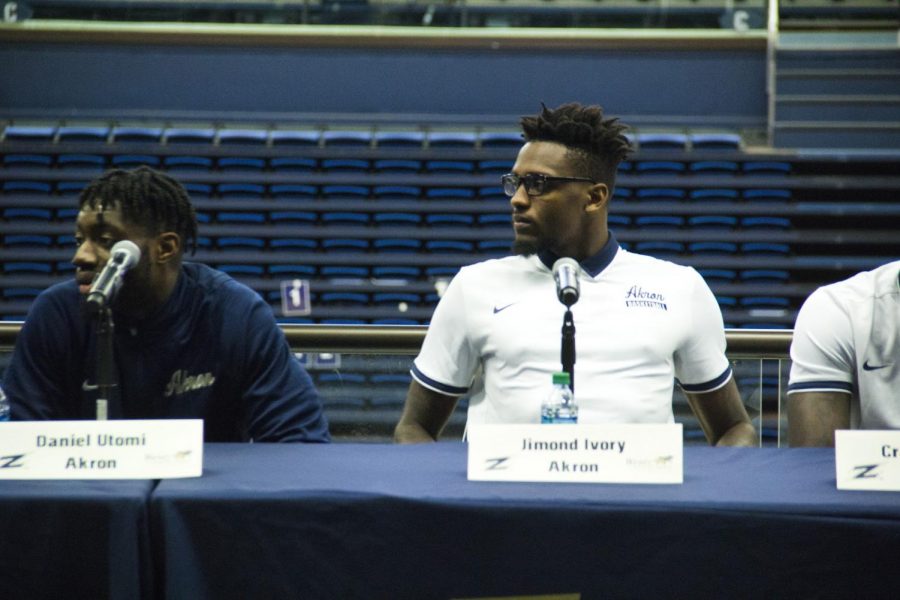 Under the leadership of Head Coach John Groce, The University of Akron Men’s Basketball team is set to return to the court on Saturday, Nov. 25 as they travel to Dayton to compete against the Flyers at 7 p.m.

Coach Groce is a new addition to the team coming in with 85 wins in the MAC conference, and two MAC tournament wins while coaching at Ohio University. In addition to that, Groce is currently coming off of a 39-53 record inside the Big Ten Conference.

“I’m excited to be back in the MAC league, I’ve always loved this league, it has good coaches, good players, it’s challenging top to bottom. I have great respect for this league,” said John Groce. “This is a great opportunity for myself. I’ve always had great respect for Northeast Ohio basketball, particularly UA basketball. The success here speaks for itself, and we’re excited to build on that success throughout this season.”

After losing top scorers, Kwan Cheathem Jr., Isaiah Johnson, and Antino Jackson last season, the Zips focused on rebuilding the team in the offseason with the help of Coach Groce and staff.

“This is a unique season, a lot of the players are new, and most the staff is new. We’re working to achieve a different culture this year. The learning curve is steep, but I’m really proud of my guys this far. We’ve gotten a little better during offseason, but we still have a ways to go,” Groce said. “This is my third time doing this, as we only have five returning players, the key is building our team back up, and I love building something.”

With only five returning players, the team looks for Junior, Jimond Ivey, to step up this season. Last season Ivey was the only starter to compete in every game throughout the season, averaging 10.2 points per game, shooting over 50% from the floor.

“Coach Groce has an awesome resume in this conference. He’s provided me the blueprint you know. I just want to come in and win games, so I just come in and buy into what he says, and strive to be a continuous learner and become a better player,” said Guard, Jimond Ivey.

In addition to Ivey, the Zips welcome back guards Craig Eubank and Marquelle Mcintyre, and forwards Daniel Utomi, Emmanuel Oljakpoke.

This season the Zips welcome freshmen, Jaden Sayles, Mark Kostelac and Torrey Patton, and transfers Loren Jackson, a guard from Long Beach State, Eric Hester a guard from The University of Florida, Deng Riak, a post player from East Carolina, and Malcolm Duvivier, a guard from Oregon State to the team.

As Akron aims to continue building this young team up, they are particularly excited for their upcoming games against MAC opponents Kent State (Feb. 17 and Mar. 2), and Buffalo (Jan. 9 and Feb. 27); along with a trip to Honolulu to take on USC in a holiday tournament.

The team will travel to Honolulu, Hawaii for the ninth annual Hawaiian Airlines Diamond Head Classic. The tournament will feature eight teams, including Akron, Davidson, New Mexico State, The University of Miami, Middle Tennessee, Princeton, and Southern California. The Zips will face off against USC for their first game of the tournament on Dec. 22, at 7:30 p.m. The two teams, which remain undefeated, will face off in a championship game on the last day of competition.

Last season, the top-seeded Zips ended the season with a heartbreaking loss against their rival Kent State in the MAC Tournament Championship game. Akron ended the season with a 27-9 record and recorded a 30 home game winning streak over the past two seasons, but missed the NCAA Tournament. The Zips were invited to the National Invitational Tournament but lost in the second round to UT Arlington, ending their season.

The Zips will return to James A. Rhodes Arena on Tuesday, Nov. 28 at 7 p.m. Live coverage of this event can be found on ESPN3. All UA students are admitted free with their Zip Card. Additional tickets to this event can be purchased at the JAR or online at gozips.com.