Graduate Student Government and President Matthew Wilson talk about new changes and innovations to The University of Akron with students. 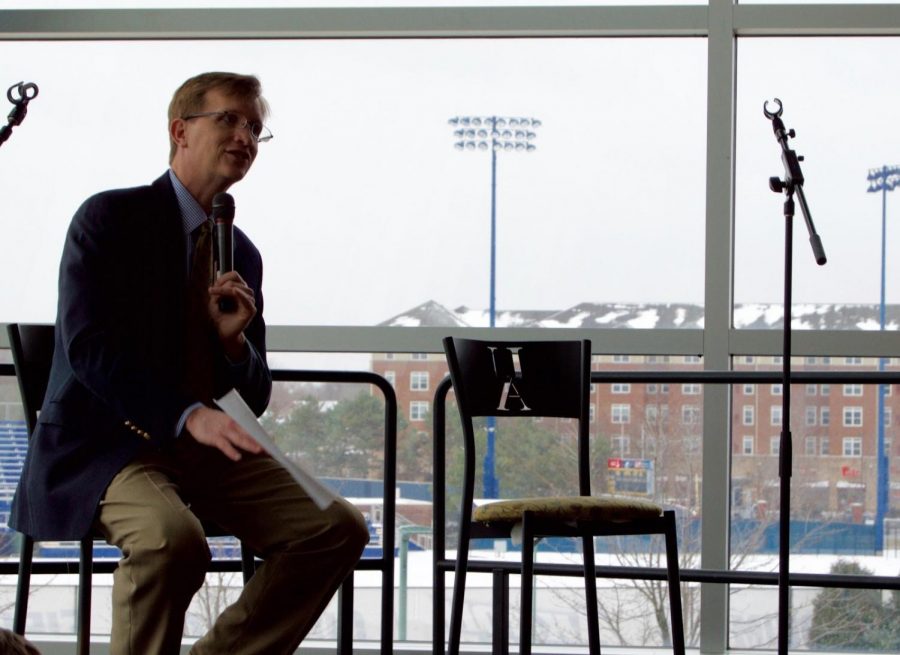 “This is the first official GSG spring town hall for the semester,” Marca Kaplar, GSG treasurer, said. “Our goal as the Graduate Student Government is to attract the undergraduate students to stay and come on with us.”

“One of the things, especially with higher education, is that if you stick with the status quo, you can’t move forward,” President Wilson said.

President Wilson also discussed “Five-Star Fridays”, the new four-day schedule that will be implemented in fall 2018. According to the University’s website, this schedule will condense “the weekly course load” and open “additional opportunities for real-world learning” for students.

“We are going to shift the majority of our classes to Monday through Thursday. Probably 80 percent of our classes won’t be on Fridays. So [students] can get internships, externships and… hands-on practical experience,” President Wilson said.

Club events, community speakers, labs, career fairs and more are going to be designated for Fridays in order to enable increased involvement and educational success for students, President Wilson said.

With all the “really cool things going on here at the University,” now is an exciting time to be on campus. “We’re bringing esports to The University of Akron,” President Wilson said.

“Since we announced [esports] last month, we have had 1,147 current and prospective students register online for the opportunity to play for our varsity team,” President Wilson said.

President Wilson said he was about engaging and supporting students in unique and creative ways. Students were able to directly ask President Wilson questions relating to the University at the end of the town hall meeting.

“That is what we are here to do: to try and provide the best possible experience for students that is financially obtainable,” President Wilson said.

Some of the topics discussed between students and President Wilson were: the campus being a smoke-free zone, innovating and reinventing The Buchtelite, issues with the Roo Express buses arriving late, and future investments into certain programs offered.