“The Vagina Monologues” Returns to The University of Akron, Feb. 3, 2018

The Women’s Studies Program and the Multicultural Center are sponsoring this year's rendition of “The Vagina Monologues” by V-Day at The University of Akron. 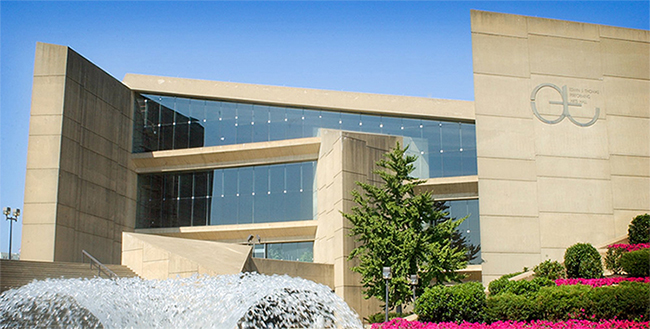 “The Vagina Monologues” is returning to the E.J. Thomas Performance Arts Hall Saturday, Feb. 3, to raise awareness towards violence against women and girls.

Mary Triece, director of the Women’s Studies program, said this is her second year sponsoring “The Vagina Monologues” with the Women’s Studies Department and the Multicultural Center. “However, I believe UA has done productions in years past,” Triece said.

The play was originally written in 1994 by “playwright and activist Eve Ensler” and is “based on dozens of interviews Ensler conducted with women,” according to the V-Day website.

“I hope that students who attend the event come away with a better idea of the varied experiences of women and girls in this country and worldwide. Mainstream society often marginalizes, ignores, or otherwise trivializes women’s and girls’ experiences,” Triece said.

Once a year, various groups around the world produce a performance of the play to address women’s sexuality and “the social stigma surrounding rape and abuse,” according to V-Day.

The play focuses on issues such as menstruation, sex, harassment and has been performed in both large and small venues around the world. These performances have “raised millions of dollars for organization[s] that fight to end violence against women and girl[s],” Triece said.

“The Vagina Monologues provides a space for the variety of these experiences–including both empowering experiences and experiences of sexualized violence–to be heard,” Triece said, “Actors include UA students, faculty, alumni and local Akron residents.”

“Proceeds will benefit the Rape Crisis Center of Medina and Summit Counties,” according to E.J. Thomas Hall’s website.