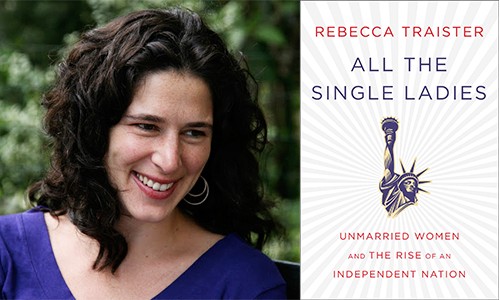 “It’s important to attend Rethinking Gender talks to broaden our understandings of gender, sex, and sexuality as those constructs pertain to a host of related issues like health, the arts, culture, politics, poverty, etc.,” Director of Women’s Studies, Mary Triece said.

On Wednesday, March 14 from 12:00 p.m. to 1:00 p.m. Samuel Dwinell, from the School of Music, will be hosting “Queer Outta Compton: Race-ing the Closet in Hip-Hop Documentary” in room 316 of the Student Union.

New York Times best-selling author, Rebecca Traister who wrote “All the Single Ladies: Unmarried Women and the Rise of an Independent Nation” will be speaking as a part of the series on Wednesday, March 14, from 7:00 p.m. to 9:00 p.m. in room 316 of the Student Union. A book signing and reception will follow her talk.

The New York Times says that Rebecca Traister “explores the role of single ­women throughout modern history, discussing the unmarried women who worked as abolitionists, fought for voting rights, wrote literary classics, kept the country running during times of war and even, like Queen Elizabeth I, ran countries themselves. She notes that unmarried women have been some of the most successful writers, activists and thinkers.”

To end the “Rethinking Gender” series, on April 11 from 12:00 p.m. to 1:00 p.m. in room 316 of the Student Union, María Alejandra Zanetta, Distinguished Professor of Spanish Literature and Culture at The University of Akron will be speaking about “Anticipations of Ecofeminist Thinking in the Paintings of Maruja Mallo and Raquel Forner.”

“María Alejandra Zanetta will explore how Maruja Mallo and Raquel Forner express the negative effects of androcentric and anthropocentric thinking in societies of the interwar era,” Dr. Triece said.

All talks in the “Rethinking Gender” series held by the Women Studies program at The University of Akron are free.