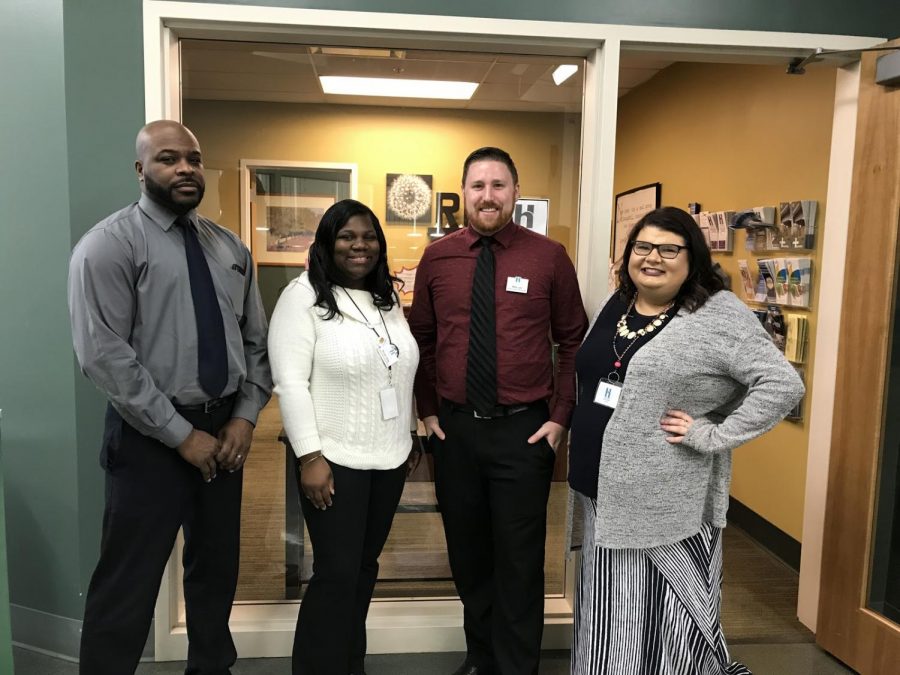 Operating from an office located in Suite 246 of the Student Recreation and Wellness Center, the Rape Crisis Center offers support to students who are victims of sexual violence.

As a part of the Rape Crisis Center of Medina and Summit Counties, whose mission is “to end sexual violence through education and awareness, and to empower, support, and advocate for all those affected by this crime”, the RCC at The University of Akron responds to students who are in crisis by talking to them and advocating for them.

The employees at the RCC support students by helping them get access to counselors and therapists if needed for matters ranging from abusive relationships to sexual assaults. Upon receiving permission from the student, they also help file a complaint under Title IX, which prohibits sex discrimination against students, guests and employees of educational institutions.

They have a safe space in their office where students can sit and talk to an employee without fear of being overheard. Employees at the RCC greatly respect the privacy of the students and give importance to their decisions.

“We don’t tell them what they should do. If they want someone to just listen to them, we only listen to them. We don’t ask them to file a complaint if they don’t want to. They’ve just been subject to something bad. We understand that and support them in a way that’s comfortable to them,” Mike Lee, a direct service advisor at RCC, said.

On Feb. 21, the center organized an open house. They set up a table outside of their office and greeted students as they passed, providing information on the services they offer. They also distributed brochures informing students about their current activities and the events that they will be organizing in the days to come.

Currently, they are organizing a hair care drive to collect hair care products for men and women of color who live in the Battered Women’s Shelter.

“Battered Women’s Shelter is our sister agency that provides housing for men, women and children who are victims of domestic violence. We reach out to various departments and student organizations to let them know of the drive. If they want to donate, they can either drop the products off at our office or we can go and pick them up from students,”  Nicole Talley, a direct service advocate at the RCC, said.

From time-to-time, the Rape Crisis Center does activities in different parts of the campus to educate students on various topics related to sexual violence. Recently, they set up a small counter with the name “Kisses for Consent” in the Student Union to distribute Hershey’s Kisses on Valentine’s Day. The chocolates were given to anyone who asked for them, to emphasize the importance of consent.

“It was fun conducting the event. It feels really good when concepts like this just click with the students,”  Megan Vermillion, who works with UA’s Rape Crisis Center, said.

In April, which is the Sexual Assault Awareness Month, the Rape Crisis Center will be organizing a talk by Tarana Burke, the founder of the #MeToo movement. They will also be conducting a fundraiser event called “Walk of Heroes” on  April 27 and  May 4. On occasion of this event, they invite participants to form teams and attend the event dressed as superheroes, to honor and celebrate heroes who work to end sexual violence and to raise funds for the RCC.

The RCC works with UAPD and Student Health Services to identify and reach out to students in need of help. They can be reached via their 24-hour hotline number 330-434-7273 or on the toll-free number 877-906-7273. They encourage students to reach out to them if they or others that they know are subject to violence or assault of any form.