The Summit is two days of leadership and inspiration from top national experts in African-American male educational achievement. 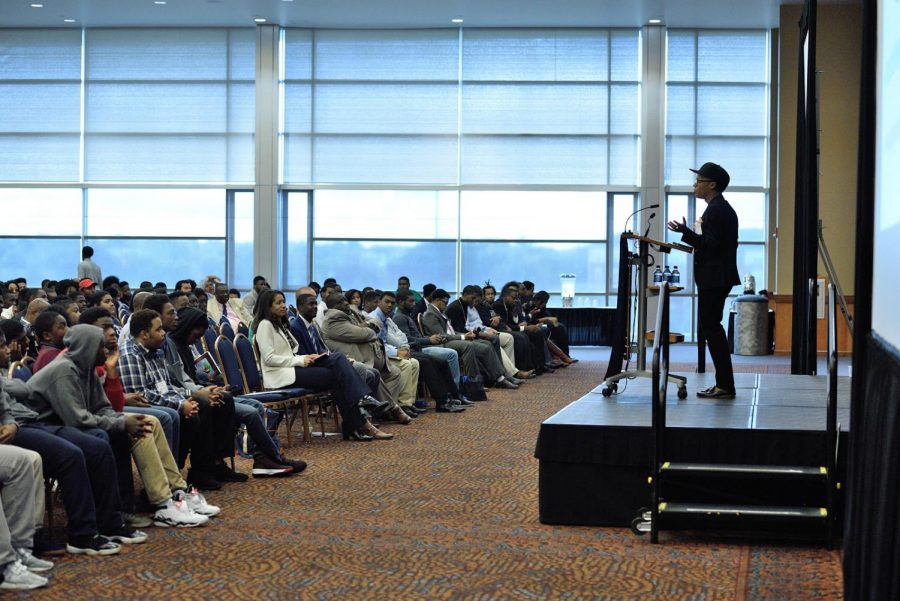 The Black Male Summit was originally created for administrators and educators to come together and discuss ways to help African-American students reach success. (Courtesy of The University of Akron)

Hosted by UA’s Office of Inclusion and Equity, the Black Male Summit will not only celebrate the accomplishments and experiences within the African-American community but also discuss the challenges still faced by African-American males.

According to a press release, the Black Male Summit will offer ways to build better pathways to “recruit, retain and graduate African-American males in high education.”

Antoinette East-Jenkins, assistant program director, said one of the goals for the Summit is to help find ways to take African-American males from elementary school, through college and to success after graduation.

“This program is designed for them, on this campus,” East-Jenkins said. “It is a really good networking opportunity for students, all students; not just students who are African-American or male.”

Throughout the two-day conference, several different speakers and breakout sessions will cover topics, such as the political changes since the Martin Luther King, Jr., assassination, health risks among the African-American Community and leadership skills for future careers.

Some of the guest speakers include Stedman Graham, a businessman, author and educator; Dr. David M. Anderson, Sr., an entrepreneur and author; Romona Robinson, an eight-time Emmy award-winning anchor and author.

Other guest speakers include Jason Mayden, co-founder and CEO of Super Heroic; Brian Heat, a career education, radio host and trainer; and Capt. Barrington Irving, a pilot and educator.

There will also be a tribute at the lunch on Friday “to the late Dr. Joseph L. White, renowned scholar, professor and psychologist, who passed away last November,” the press release said.

East-Jenkins said that White is considered one of the founding contributors to the creation of the Black Male Summit at The University of Akron in 2007.

Several scholarships will also be awarded by the BMS Scholarship Committee during the two-day conference.

The Summit will take place Friday, April 6 and Saturday, April 7 in the Jean Hower Taber Student Union. However, registration for the Summit has been closed.