President Wilson Talks about His Decision to Step Down 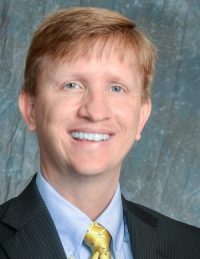 President Matthew Wilson. Photo courtesy of The University of Akron.

President Matthew Wilson said in a recent interview that students should not feel let down or discouraged by his decision to step down because they have the full and complete support of The University of Akron.

On Friday, The Buchtelite published a survey which showed over 50 percent of UA students feel President Wilson stepping down is not a good decision. However, Wilson said there is no cause for concern.

“As you look at the University itself, it’s more than the efforts of one, it’s the effort of the entire community,” he said. There are administrators, staff and faculty that are working tirelessly to make the University a better place and ensure that new initiatives succeed, Wilson said.

In regard to newer initiatives that President Wilson had a big role in implementing, he said the future for those programs is bright.

Initiatives such as Five-Star Fridays, the Akron Guarantee Scholarship and e-sports make the University distinctive, Wilson said, which is important to the success of an institution. They are also investments in students and are designed to assist them, he said. “If the University was ever to back off of those initiatives, I think it would be a sad day,” he said.

In his comments about the University’s initiatives, Wilson seems to keep the students of UA in mind, which also shows in other aspects of his presidency. Wilson said that one of the best parts of his presidency has been the opportunities that he has had to interact with and assist students. He said, “with respect to the students that are out there, I hope they know how much I truly care about them and their success.” He also said that he will always be available to continue assisting students regardless of where he is.

Students, he said, and the student culture of wanting to make themselves better is something that makes Akron special to him. He has had the opportunity to meet alums and see the success that they have been able to have. One of the alums that the president mentioned was Byung-Gwon Lee, who is the president of the Korea Institute of Science and Technology. KIST is ranked 6th among the world’s top 25 innovative research institutions by Reuters News Service.

Wilson said that one might think the heads of institutions or organizations come from different universities and walks of life, but they come from UA. “It’s so cool to see people come here to learn to be equipped with those tools and to be able to change the world either on a macro level or even on a micro level. It truly is a testament to the greatness of The University of Akron,” he said.

Wilson said it truly has been an honor to be asked to serve as president of the University. He said he is stepping down because he has accomplished his mission of making UA a better place by improving experiences for students and making sure the University has a solid foundation. Another factor that contributed to his decision in stepping down is that he wants to dedicate more time to his family and personal life.

Wilson said he was impressed in UA before he joined the community and since he has been at the University, nothing has diminished the sparkle it has in his eyes.