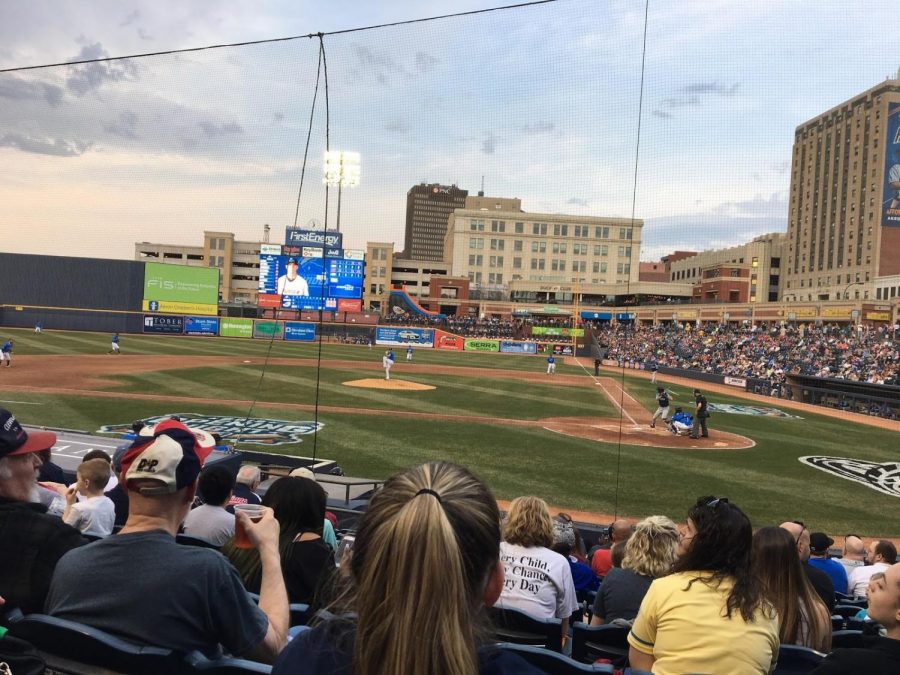 The RubberDucks taking the field.

On Friday, April 13th the Akron RubberDucks held their home opener against the Trenton Thunder at Canal Park in downtown Akron.

This year’s opening day marked the teams 22nd anniversary as Akron’s premier minor league baseball team, and with a sold-out game, the community certainly showed their support for the beloved team.

“It was great to see the community come together to support the Akron RubberDucks with a sold-out game for their first game of the season,” Kendall Martis said, a senior accounting major at UA and opening day attendee.

The game started off rather uneventful as both teams seemed to be evenly matched well into the game. However, by the fifth inning, the Ducks pulled ahead with a 1-0 lead against the Trenton Thunder. But then Trenton answered back quickly scoring runs in both the seventh and eighth innings, taking a 2-1 lead. This was the final score, leaving the RubberDucks with a 4-5 record early in the season.

“I love RubberDucks games because they’re a wonderful experience, convenient and affordable and they’re just a piece of Akron,” David Vernon said, a first-year law student at The University of Akron and an avid RubberDucks fan. “Not to mention it was nice to feel spring while it lasted.”

Although the game was a loss, the night ended with a literal bang in a fireworks display after the game, commencing another season of RubberDucks baseball.