Letter to the Editor: Degree Cuts at UA 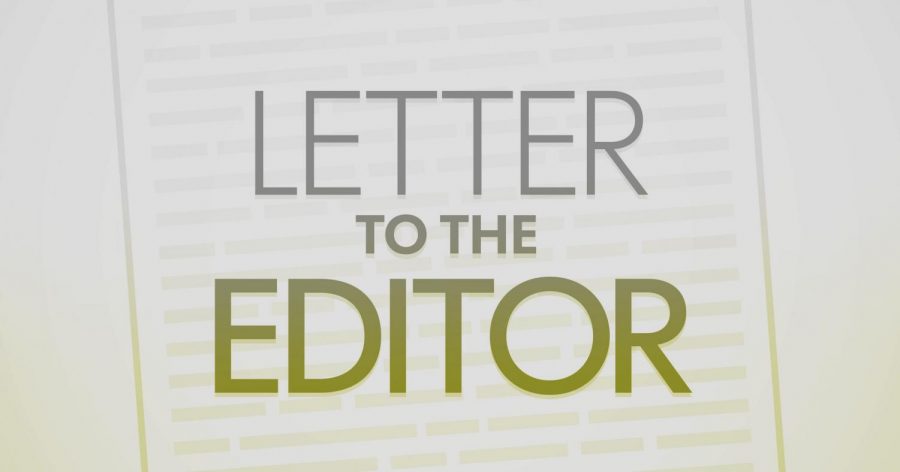 By Sharon Marquart, B.A. in French, Minor in Studio Art The University of Akron, Class of 2000

Dear President Green, Provost Ramsier and Members of the Board of Trustees,

I am writing in response to the recent cuts that have been made to 19% of degree programs at the University of Akron. I graduated from Akron in May 2000 with a B.A. in French and a Minor in Studio Art, and I am currently an Associate Professor of French and Gender, Women, and Sexuality Studies at Gustavus Adolphus College in Minnesota. I attended Akron from 1997 to 2000 thanks to a Scholarship for Excellence that funded the entire cost of my undergraduate studies, and I went on to pursue a Ph.D. in French literature at the University of Michigan, which I completed in 2008. I would have been part of the 5% of students at Akron affected by these recent degree program eliminations. I am deeply troubled by how these cuts limit the opportunities of current students at my alma mater.

The education I received at Akron has contributed in more and less obvious ways to the career I have chosen to pursue and to the person that I have become. Akron was not my first choice of university, but it became my only choice when an unstable family situation left me with no financial support for college. Faced with the prospect of massive student loan debt were I to attend either the University of Pennsylvania or the University of Wisconsin-Madison as I had initially planned, I decided that Akron provided me with the best opportunity to find a fulfilling career for myself rather than be locked into a major that would immediately provide the high salary I would need to pay off loans. At the time, Akron provided me the opportunity to explore diverse interests that I had across the sciences and the humanities. The wide variety of degree programs at Akron also allowed me to discover new interests, ones that I did not yet know I had at age eighteen.

I had no idea when I began my studies at Akron that I cared about something like French. I started my undergraduate career as a Biology major with the intent of becoming a medical doctor, but I quickly realized that I was not passionate about this in spite of my straight A’s. I then thought painting was my calling, declared a Studio Art major, and eventually realized that, while I was passionate about it, I was not a terribly talented artist. Throughout all of this, I took French courses, first as a way of completing my general education requirements, and then because of the intellectually stimulating course material and the supportive faculty. The four tenure-line faculty members in French at the time – Maria Adamowicz-Hariasz, Robert Jeantet, Jeanne-Hélène Roy, and Susan Schunk – reflected a wide array of pedagogical approaches and specializations, and I was able to immerse myself in French and Francophone culture, literature, and thought, all while struggling to articulate it all in French.

During my years at Akron, I read works from the Middle Ages to the present, grappled with philosophers such as Voltaire, Jean-Paul Sartre, and Simone de Beauvoir, studied the history of French theater and its deep connections to social issues such as state power and war, reflected on contemporary problems such as the AIDS crisis and the marginalization of women and racial and sexual minorities, and even took advantage of the opportunity the French program provided to study abroad in the French Alps for an entire summer. Dr. Adamowicz-Hariasz and Dr. Roy, who are both still French faculty members at Akron, offered me extensive support in improving my language ability and my knowledge of all things related to French and Francophone cultures. They provided me supplemental reading lists, met with me for independent studies when I had class conflicts, and supervised my senior honors thesis on turn-of-the-century writer Rachilde. Thanks to their teaching and to their personal guidance, I was directly admitted with full funding to Ph.D. programs in French at top universities across the country. I excelled from the moment I started at Michigan thanks to the research skills, the deep sense of curiosity, and the drive I developed as a French major at Akron. During my time at Michigan, I was awarded a Predoctoral Fellowship for my dissertation research, a nationally-competitive Lurcy Fellowship that allowed me to spend a year in Paris, and a university-wide Outstanding Graduate Student Instructor Award in the final year of my studies. My education in the French program at Akron directly contributed to these accomplishments in graduate school.

My education at Akron was not limited to these experiences with my professors in my major. As a French tutor in the Department of Developmental Programs from 1998 to 2000, I had the opportunity to work with students from an array of backgrounds who reflected the diversity of the Akron community. At age nineteen, I was even tutoring students in their forties and beyond from across the Akron area who had decided they wanted to change their lives by earning a college degree. None of these students were majoring in French, but all of them were dedicated to learning it for purely intellectual reasons. I also offered intensive tutoring to a learning disabled student whose self-confidence was severely affected by the difficulties he was having in his transition to college. After nearly a year of working with him, his grades in French had gone from D’s to B’s. But the biggest transformation was in how he held himself. The Director of Developmental Programs at the time even remarked on how quickly he had starting smiling, and that he radiated a newfound confidence. Learning he could overcome a hurdle in a subject that was difficult for him helped to develop this confidence in him. My experiences as a tutor taught me at a young age about the kinds of personal enrichment students could find at Akron that went beyond the content of their courses.

The diversity of Akron’s student body shaped me in the classroom and beyond. Especially in my upper-level courses, I was almost always one of the youngest students in the room, and many students were often older than my professors. In this environment, I learned crucial lessons about how to voice my views so that other, much older students would listen to them. My professors further taught everyone the importance of listening respectfully to the voices of other adults even if they are not specialists in a discipline, and of engaging people as equals in dialogue. Through my art classes, I further became friends with several students who were refugees from the Balkan Wars. Their families had been relocated to the Akron area, and I was with them the day NATO began its airstrikes on Yugoslavia in 1999. I will never forget the sheer terror I witnessed in my friends as they worried about their families and friends back home. Through connections like these that I made at the University of Akron, I learned the importance of community, both local and global, and that education cannot just be the result of individual pursuits such as studying in a nationally recognized program or having excellent grades.

These experiences at Akron have all shaped my career path, the topics I pursue in my research, and the way I conduct myself as a professor. At this stage of my career, I have published two books on Holocaust survivor testimonies from France – one with the Presses Universitaires du Mirail in France, the other with the University of Toronto Press – and I am currently working on a new book on global humanitarian issues through the lens of French and Francophone cultures. I had the opportunity to speak, in French, at the French National Library in Paris when it opened an archive dedicated to Charlotte Delbo, a French Auschwitz survivor on whom I specialize. Before taking up my current position at Gustavus Adolphus College, I was a faculty member for six years at Wilfrid Laurier University in Waterloo, Ontario, where I further served as Director of the Women and Gender Studies Program and designed courses that sent students into the community to work with recently arrived refugees from Syria and the local homeless population. I have had the chance to study in Spain, to teach at the Université Paris 7, and to travel extensively, most recently to Morocco. None of this would have been possible without the opportunities that the University of Akron provided me at a very difficult juncture in my life.

A university like Akron needs to remember its social mission and the responsibilities it has to its community. Students should have the opportunity to major in French, in Mathematics, in Physics, or in any number of the degree programs you are cutting. I am disturbed by the rhetoric of competition and distinction that is accompanying these university-wide cuts because it loses sight of the real people that the university serves and the opportunities for life-long learning that the university can provide to the Akron community. The University of Akron allows people from diverse backgrounds the chance to discover interests they never knew they had, and to succeed in their careers no matter what family situation or social class they come from, or what personal issues they may face. I have always spoken proudly about these aspects of an Akron education, in particular, when twenty years after I began my B.A. at Akron at age eighteen, my mother completed a B.A. in Art with a minor in New Media at Akron at the age of seventy in 2017. The fact that two people with such radically different life paths and career goals could be served by the same institution is a tremendous strength of the University of Akron. I hope that the university considers the value of student stories such as these as it forges its own path into the future.