In an exclusive interview with The Buchtelite, Interim President Dr. John Green shares insight over ‘painful’ decisions while sharing his optimism for the future of the University. 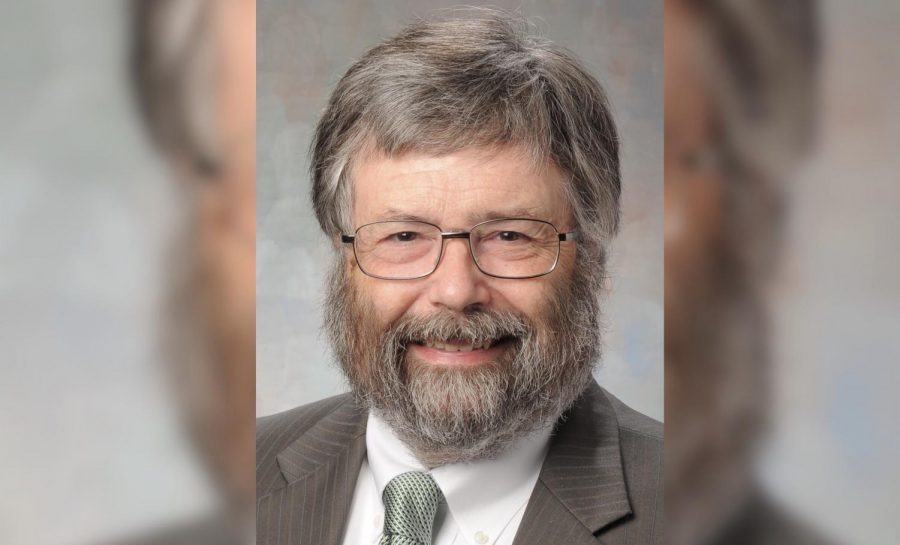 (Image via Office of the President)

Amid mixed reactions regarding a recent restructuring of UA’s academic programs from the University community and beyond, Interim President Dr. John Green spoke out.

Reflecting on the “painful” decisions leading to the loss of 19 percent of degree programs at The University of Akron and sharing hope for new areas of focus, Green described the process of the Academic Program Review and explained why it was done in the first place.

Typically, institutions of higher education perform program reviews on a smaller scale every few years as required by their accrediting bodies, Green said.

UA happened to be in the midst of completing a five-year review cycle when the Higher Learning Commision aired concerns that prompted the University to perform a full-scale review, analyzing every program offered at UA.

According to Green, the multi-level review process started in 2017 as individual departments wrote a “self-study” of their degree programs. Deans were then tasked with evaluating those programs.

Green, who at the time was the Dean of Buchtel College of Arts and Sciences, wrote an evaluation himself,  pointing out that each dean had a slightly different way of performing this task.

The deans then submitted their evaluations to a 24-member Academic Program Review Executive Committee, chaired by faculty members. They then did a separate ranking of the programs.

Those rankings, the deans’ evaluations and the ‘self-studies’ then made their way to the Faculty Senate for their report, according to Green.

“I was very proud of the faculty and the staff; they really stepped up,” Green said.

The APR would end up following Green to Buchtel Hall, having been completed around the same time he was appointed Interim President.

“I was on the ground with the beginning of the process and then got to deal with it at the end,” Green said.

Green and Provost Rex Ramsier then carefully examined the results of the APR, presenting the findings to the Board of Trustees with recommendations to enhance strategic areas while phasing out 80 degrees that were deemed to be underperforming.

The Board approved the entire package.

But now that the decision to cut 80 programs has been made, not everyone at UA agrees with the decisions or the process of how they were made.

Much of the criticism comes from the Faculty Senate, who felt left out of the final decision-making process, according to an article published by the Akron Beacon Journal.

Green said that he debated bringing the list of programs to be eliminated back to the Faculty Senate, but ultimately decided not to.

“I’m certainly willing to accept the criticism for not going back to the Senate, but I didn’t see much advantage in doing that; and I saw a lot of negative things that could occur,” Green said. “Further involvement of faculty was unlikely to produce different results or better results.”

“I can think of no instance where we decided to phase out a program where that was true,” he said.

When asked how the final results of the APR will affect the students’ bottom line, Green was optimistic.

“I think it’ll be a very positive thing. We’re going to strengthen popular degree programs. We’re gonna bring on some new degree programs where there’s just a tremendous amount of interest,” he said.

Students should not see scheduling conflicts arise as a result of the academic restructuring, nor should they anticipate to spend any extra time in school, according to Green. For any questions about their own academic progress, students should refer to their academic adviser.

Green also assures that students currently enrolled in the programs to be phased out within the next three to five years will be allowed to finish their studies.

“As long as they’re in good standing, we’ll stick with them as long as it takes,” he said. “We know that there will be a few people that because things happen in life, that’ll go beyond five years, but we’re going to take care of them.”

Green acknowledged that some of these affected students have also simply decided to switch majors.

With 95 percent of students enrolled in the 334 healthy programs, most shouldn’t notice anything different, according to Green.

As for the remaining 5 percent, those students should not worry about the value of a UA degree being diminished.

“The quality of those degrees will remain high,” Green assured.

Nevertheless, students still have a reason to be concerned about the well-being of the University, Green said; but not because of the APR.

“The University of Akron faces some financial challenges; challenges that are very common in universities like ours in Ohio and across the country, and there’s some legitimate concern there,” Green said. “But APR is a step in the right direction to strengthen the institution, to provide more popular and distinctive degrees and by growing enrollment, ensure the financial stability of the University of years to come.”

“In the long term, we’re going to have a much stronger set of academic programs for our students,” Green said.

The APR, and its processes, predate the Green Presidency.

Dr. Green, who previously served as Arts and Sciences dean, took over after former President Matthew Wilson stepped down to return to teaching law.

As a member of UA for 27 years, Green was beginning to plan for his retirement from the Buchtel College of Art Sciences at the time of his interim presidency and has no intention of sticking around Buchtel Hall for long.

“I’ve been going to school my entire life,” Green said.

While commending Wilson for his service to the University, Green remains very adamant that his presidency is a temporary one, allowing UA to conduct a proper search for a permanent president.

Green plans to do what he can to help stabilize the University’s finances in the meantime to attract a better pool of candidates for UA’s highest office.

“That’s important to me because we want people who feel like the University is a place they’d want to work; and the more stable the finances, the more likely we are to attract a good pool of candidates,” Green said. “I’d like to hand them a good budget.”

“My advice to the next president, whoever that may be, is to stick with this plan,” Green said.