In a professor-led discussion, students learned about how the underrepresentation of women in the media and the oversexualization of female identities are present in the horror genre. 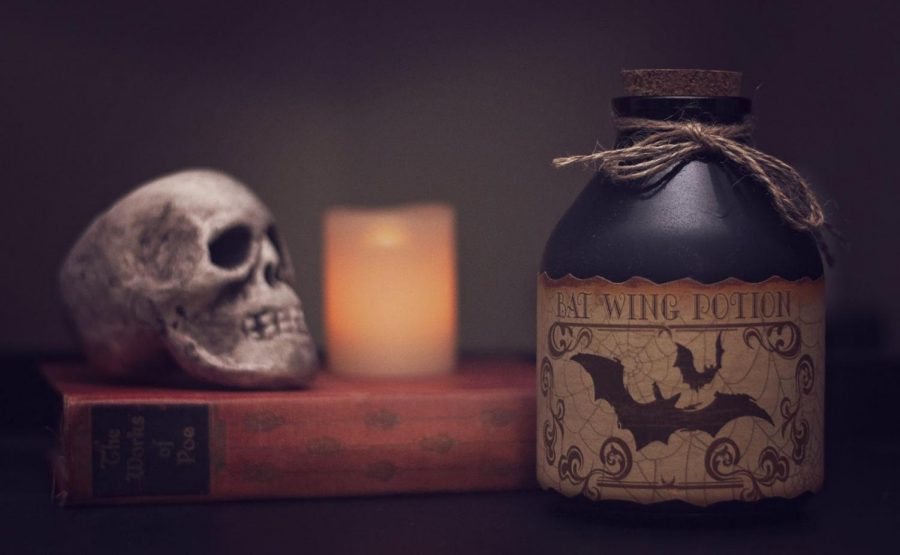 Editor’s Note: All information is preliminary research belonging to Dr. Kara Kvaran of The University of Akron. Any questions or comments regarding the information in the story should be directed to Dr. Kvaran via email, [email protected].

To present the results of her study, Dr. Kvaran hosted “Female Sexuality in 21st Century Horror Films” on Friday, Sept 14 from 12-1 p.m. in the Taber Student Union.

Dr. Kvaran began the discussion by asking “What is horror?” She later described horror as an uneasy question to answer because of the many purposes it has within society.

Horror is supposed to be unsettling, frightening and alarming, but not necessarily terrifying. If horror films scared the audience too much, no one would watch them. The main goal of horror is to invoke bodily reactions: shivers, jumps or an increased heart rate for a cathartic release of emotions.

Overall, horror brings together the audience’s fears of death, sexuality and identity: or the lack thereof.

According to Dr. Kvaran’s research, horror films are a way to work through cultural fears. Horror film writers use private fears in reality to inspire the world seen on screen. During the discussion, Dr. Kvaran gave several examples of this.

During the Cold War, people in the U.S. feared communism. Shortly following, “Invasion of the Body Snatchers” was released in theaters. After Sept. 11, 2001, the fear of terrorist attacks and general terrorism has increased in society. Zombie movies show hoards of nameless, dangerous creatures out to kill for no reason, which horror film enthusiasts link to terrorism.

Another theme Dr. Kvaran discussed pertains to the horror industry as being preoccupied with female sexuality. In most cases, it shows women coming of age, and growing into their own sexualities, and this is portrayed as the “scary” part of the movies.

“The Exorcist” examined puberty, but as a demonic entity rather than a natural part of womanhood. “Carrie” focused on menstruation by connecting it to the desire to kill an entire town for making fun of a natural bodily function.

“Rosemary’s Baby” was about pregnancy. However, instead of showing the hardships of pregnancy, the film shows Rosemary carries the son of Satan to full term.

All of these movies have one thing in common: once the woman becomes an adult, they become a monster.

Next, Dr. Kvaran moved on to slasher films, like “Nightmare on Elm Street”, or the “Scream” series, which were more vocal about what character should or should not do in order to survive the movie.

Characters are told not to drink, avoid doing drugs and are warned against having sex to prevent an untimely death. There is little focus on rape, but rather on women who are enthusiastic about dating and their sex lives.

Empowered women like this are often killed in horrible, hard to watch ways.

At this point in time, horror has been mainly written and directed by men, as Dr. Kvaran points out in her research. Feminist theorists describe this as the misogynist legacy of horror, for the hatred of women shown in many horror films.

Directors will use lampshading, a tactic that allows directors to acknowledge a trope as a loophole, as a way to include a character that can say sexist remarks without backlash. Later, the blame is placed on the character rather than the writing. This tactic is evident in movies such as “Piranha” and “Death Proof”.

Due to the misogynist legacy of horror, women directors are not writing as many horror films. Thus, the movies meant to be empowering are written by men and are not seen as successful by women.

Different rape and revenge movies could have been empowering if handled properly; such as “Avenged” and “I spit on Your Grave,” but these movies take a character that’s been victimized and portray them as the monster for killing their attackers or rapists.

Currently, a troubling aspect of modern horror films is the sexualization of teenage bodies, rather than adult women. Dr. Kvaran points this out with several examples: one being “Fright Night.”

The remake of “Fright Night” has the vampire focus on the teenage girlfriend, unlike the original in which the vampire focuses on the mother. This shows that the ideal woman is now getting progressively younger in horror films and can be a damaging ideal for audiences.

Overall, Dr. Kvaran concludes that the future of horror is moving in opposite directions. In one sense, horror films are becoming feminist and giving viewers strong female characters; as shown in “American Mary,” “Teeth” and “The Witch.” On the other, horror films are becoming more misogynistic, which can be seen in the remake of “Friday the 13th.”

Hopefully, the horror genre will continue become more feminist or continue with the trend of criticizing sexism through ironic and comical uses of traditional horror character labels: as presented in “The Cabin in the Woods.”