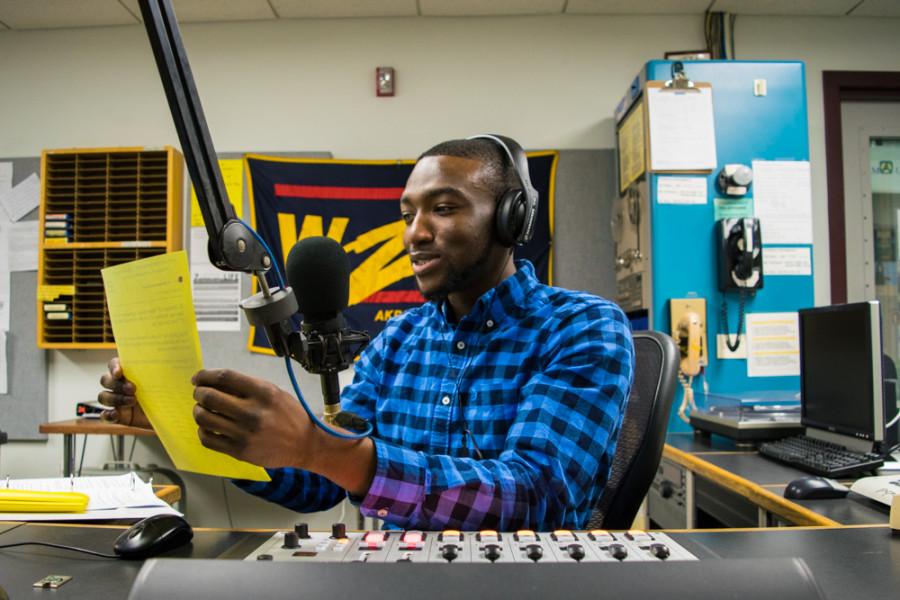 “I would not be where I am right now if I never joined WZIP, it changed my life for the better,”  former WZIP member, Dahmere Epperson, said.

The college-run radio station, WZIP, is the ultimate experience for students at The University of Akron who are interested in media because it provides unlimited experiences that can last a lifetime. Epperson is just one example of someone who has gained a plethora of knowledge and experience that can lead him to the next step in life.

The radio station is centered in the middle of Akron’s campus and is a place where media students can showcase and build on their skills.

WZIP, along with UA’s television station, ZTV  have been around for decades, helping and developing successful people all over the world. American actress Yvette Nicole Brown is one example of a successful former member.

Epperson spoke more in-depth about his experience with the radio station and how he landed a job with Cleveland’s ‘WENZ’ (107.9) while still being a college student.

“WZIP has changed my life so much since I started there when I was a freshman in college,” Epperson said.  “I slowly learned the in’s and out’s of the radio world and my biggest accomplishment was doing late night local talent. This allowed me to produce interviews weekly and also meet and network with local artists that were up and coming. This eventually led me into interviews with nationally recognized artists, such as A$AP Ferg. This radio station is the reason that I am with WENZ in Cleveland, and it gave me all of the knowledge that I needed to begin my career in media.”

Another recent example of an instant success in the radio world is former student Nick Jordan, who was a communication major and had his heart set on being in radio.

Jordan took this opportunity and created ‘The Barely Awake Morning Show’ with fellow UA student Camryn Justice. The two paired up and skyrocketed the ratings in the morning while building a name for themselves. Jordan landed a full-time radio spot with ‘WQMX’  (94.9) in Akron before he graduated and more recently moved to Texas to accept a full-time afternoon job with a radio station called ‘Candy 95’ (95.1).

Jordan spoke about his experience and elaborated on the impact that WZIP made in his life.

“I wouldn’t be where I’m at right now in the radio world if it wasn’t for WZIP,” Jordan said. “The friends that I have made and the experience that I have gained is unreal. I moved to Akron from Georgia to finish my degree and I was able to fit right in when I joined the station. I have met some of my closest friends there and I am grateful for my time there. Now I’m in Texas and on my path of rising to the top in the radio world.”

These are two recent stories out of many that could be named, but they just go to show the experience and knowledge that the radio station gives. This does not include the many people that have become successful from the ZTV program, and that have walked out of college with Emmy awards in their hands. Going to college and getting a degree will help your career, but gaining countless hours of professional experience and gaining professional connections will put you above most candidates.