Since several have questioned the phased-out programs have on students, Interim President John Green and others respond to those concerns. 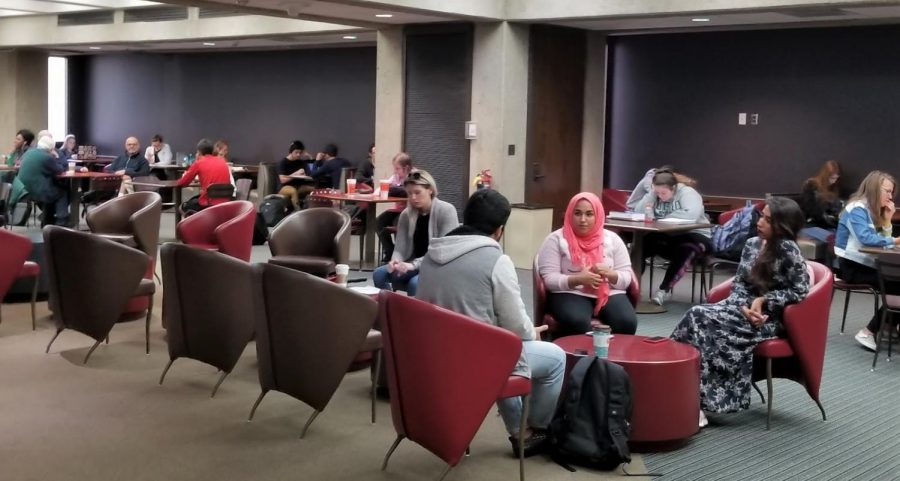 Interim President Dr. John Green said only five percent of students were impacted by the programs cut at UA.

Students and faculty members at The University of Akron have raised questions regarding how the phased out programs will impact current and future students’ education, degree quality and ability to complete their degree.

One example of concerns among the campus community is the process and deadline that determined whether a student was allowed to complete a program the Board of Trustees announced to be cut.

Dr. John Zipp, professor of sociology, said he heard rumors around campus stating that a students’ ability to complete a cut program had been determined by when they were admitted into the program.

“If students had some orientation or had been admitted into curriculum before the board met, they would be in a different situation than if they had that after the board met on Aug. 15,” Zipp said.

One direct experience with this affecting a student, Zipp said, had been when talking with someone who had to completely reorganize their schedule due to their program being cut and not having been admitted prior to the deadline.

“I don’t know how many students that’s affected, but it’s not encouraging,” Zipp said.

The Akron Beacon Journal also reported about one student who wasn’t able to complete her program because she had not met the criteria of enough prerequisite credits to be admitted to her program.

According to the article, the timing of announcing the cuts and the process of allowing students into those programs impacted almost 200 students just in the College of Health Professions.

In response to this topic, Green said that only a small number of students were unable to enter a phased out program due to the timing and the prerequisite requirements.

For some programs offered at UA, there is no prerequisite requirement and the student is directly admitted into the program when they are admitted to the University.

Green said the students in those programs were not impacted at all and would be able to complete their degree.

Also, if a student had been a continuing student at UA and was already admitted to a phased out program, they would be able to complete their degree, Hill said.

Dr. Kevin Kern, an associate professor of history, said his main concern for students is the decline in programs and opportunities at UA since it is popular for students to change their major.

“One of the benefits of going to a large university with a lot of diverse programs is that those students have a lot of choices as they try to find the major that works for them,” Kern said. “Now a lot of those choices will not be there for them.”

Another common concern across campus is the possibility of faculty members leaving for various reasons: all stemming from the decision to phase out 80 programs.

Kern said the graduate programs chosen to be phased-out will ultimately affect undergraduate students. This is due to the fact that several professors and researchers want the ability to teach both levels at a university.

“By canceling so many graduate programs, some of our best faculty will seek opportunities elsewhere—something the administration has already admitted—and it will be harder to attract the best candidates to UA in those fields in the future,” Kern said.

Students also share this concern as it could possibly impact their ability to complete their degree program, especially those in a phased out program, Zipp said.

Although there are no current, concrete plans for the possibility of faculty members leaving, Green and Hill said the commitment to students being able to complete their degree has not and will not change.

“Whatever is needed to be done to do that would be done,” Hill said.

The process of finding and hiring a replacement for a faculty member that leaves will depend on the position at the University they fulfilled and whether the need for that position is permanent or not.

Green said that if a position opened that would be continuously needed after the programs have been completely phased out, the University would look to hire a new faculty member.

However, if the position is only needed to be filled until all students in the phased out programs have graduated, the University’s approach would be different.

“In some cases, we might hire an adjunct or non-tenure track faculty member so that the students can graduate,” Green said. “But it would depend on each program.”

While the idea of the University planning to hire new people in order to keep their commitment to students is calming for some, Zipp said he doesn’t know if this will be the best approach.

“Recruiting new people is expensive. It’s uncertain because you are doing the best you can to recruit someone who will be good,” Zipp said. “If you know you have someone here who is good and they leave, that’s a real loss to the University.”

Other concerns at UA include the quality of a student’s degree after graduation once the program is completely phased-out. While professors have not commented on this topic, students across campus have raised questions about this.

“So if The University of Akron is not going to have a particular degree in the future, we’ll make sure the instruction the student receives, the experience they receive, is top quality,” Green said.

Overall, there are still several campus community members who are concerned about how these phased-out programs will impact students’ experience at UA.

“I think when we make a change this abruptly, this quickly, it’s often difficult to think through all the possible ramifications because we haven’t spent enough time to sort of ‘test’ it a little bit,” Zipp said.