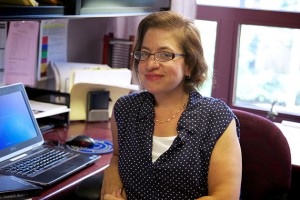 Heather Walter, Director of the School of Communication and associate professor, cleared up miscommunication among some part-time faculty members regarding hybrid courses at The University of Akron.

Several weeks ago, an anonymous email was sent to The Buchtelite and the whole Communication Department with concerns of the pay that part-time faculty members receive for teaching hybrid courses.

“I am currently teaching multiple recitation sections in one of our disciplines at UA that say they are 3-credits in PeopleSoft (MyAkron). However, due to these Five-Star-Fridays, the classes have been shortened to 50-minute sections with the 3rd hour being a standardized online lecture on Brightspace. Kids are supposed to be automatically self-motivated to watch videos on their Fridays off. In my experience, they have barely looked at them so far because I ask daily. The teaching comes from primarily me when they don’t understand a concept. So essentially despite having shorter classes, I’m doing the same work with more students.”

The letter continues with the anonymous person saying they received less pay than the credit hours listed on MyAkron, despite doing the same amount of work.

“…if I were teaching two classes that would be six credit hours, they paid me for four credit hours. So essentially with Five-Star Fridays, we are expected to do the same work, teaching more kids and getting paid less. It’s a joke,” the letter read.

However, some courses, such as public speaking, have been taught as hybrid courses for many years, Walter said; and is not something new to Five-Star Fridays.

The hybrid version of public speaking was implemented when there was a restriction on the number of credit hours a part-time faculty member could teach, which happened to be eight credit hours, Walter said.

Osorio said that she has received about four to five emails from part-time members about it.

“Anecdotally, I’m getting feedback that people are not getting paid for that credit hour. Even though they got a three percent raise, their paycheck is smaller,” Osorio said.

Osorio also said that she thinks students are not getting the same education when they are expected to do work online.

“What students don’t get is that they still have the responsibility of a class period even when they are not in class,” Osorio said.

Meanwhile, Walter said that students’ education is not affected by hybrid courses.

One example Walter provided was how research shows that students in hybrid public speaking courses did slightly better, although not statistically significant, than students who were not in the hybrid course.

Nevertheless, Walter said that part-time faculty members in the communication department can speak to her about their concerns.

“Their job is not to do the online lecture, but to show them where the lectures are,” Walter said.

If the members have difficulty getting their students to view the lectures, then they should voice their issues so UA can figure out how to better the experience, Walter said.