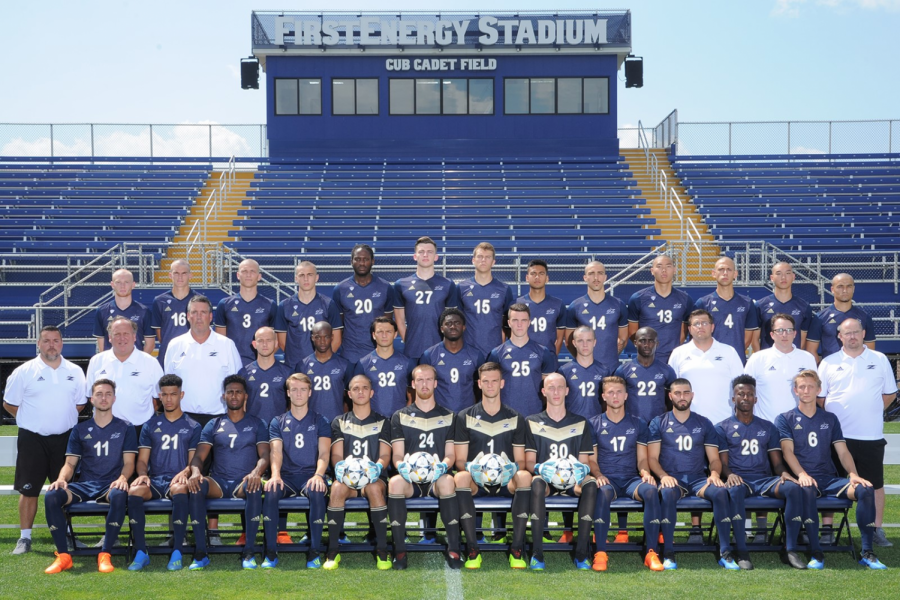 The 2018 Men's Soccer team. (Photo courtesy of the Akron Zips)

The Zips were handed a 2-1 loss which puts a hole in their almost unbeaten record in the Mid-American Conference, according to The Akron Success.

This loss marks not only an upset for the Zips, but also an upset in their history as a team.

While the Zips were being outshot 15-9, they managed to hold on to their 1-0 lead until the final 13 seconds of the game. Joey Piatczyc of West Virginia scored a goal that sent the game into overtime.

During overtime, the Zips had several opportunities to score and secure a victory. However, they were unable to turn those opportunities into success.

One example of this occurred in the 92nd minute when sophomore David Egbo sent a ball into the box for junior Marcel Zajac, who was running onto the play.

Zajac had a 1v1 opportunity with West Virginia’s keeper: but the play was called offsides.

Zips goalkeeper Ben Lundt, a senior, made five saves compared to the three stops made by West Virginia’s Steven Tekesky.

This loss is significant for the Zips as they have a nearly unbeaten Mid-American Conference record of 55-4-3.

The men’s soccer team has won 12 of the last 13 MAC regular season championships and nine of the last 11 MAC Tournament titles.

Inside and out of their conference, the Zips from 2017 to present have the highest winning percentage in the nation of .804 and an overall record of 189-36-27.

The Zips continued their season with hopes to redeem their record on Tuesday, Oct. 16 against No.10 Creighton at 7 p.m.

The home game broadcast on ESPN+.