'Poetry for People Who Hate Poetry' is a syndicated column by Ohio Poet Laureate Dave Lucas. 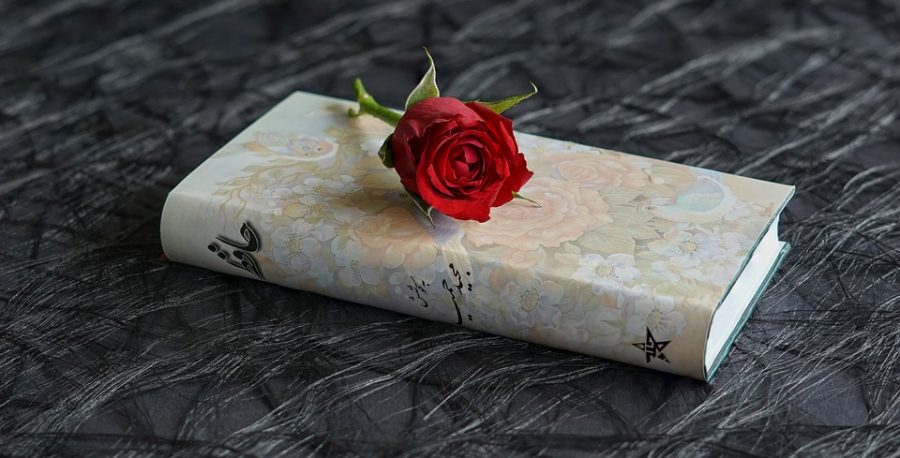 This is a love story.

This is the story that led me here, writing to you about how and why I fell in love with poetry, and what I think you can find there, too.

No story ever gets love—or life—quite right. We become who and what we become through the uncanny confluence of opportunity and habit, tactic and accident. How easily in hindsight chance and dumb luck and sometimes dumber choices come to look like fate.

How grateful I am, then, for the chances and choices of my sophomore year at John Carroll University. I had dabbled in poetry, as many teenagers do, writing poems about being misunderstood that were themselves impossible to understand. I had wondered if poetry might hold something I seemed to need—meaning, maybe, or beauty or wisdom.

But there, in George Bilgere’s workshop, I began to suspect that poetry might be not merely an interest for me but also a calling.

That spring too I fell in love—the romantic kind, complicated and hopeless—for the first time. She was older, brilliant and beautiful, and (to my astonishment) she was interested in me, of all people.

You know this story already, or a version of it. You know how it goes.

Over the phone, I read her the poems I was learning to love. We drove to the February lakeshore and kissed among the shags of ice. Suddenly all the songs on the radio were about us.

I was nineteen that year, for just a year: still young enough to find profundity in the pop music that had shepherded me through adolescence, and only beginning to appreciate the language poetry offered, a language almost sufficient to all that I felt.

The first poem we read that semester was Rainer Maria Rilke’s “Archaic Torso of Apollo,” translated from the original German by Stephen Mitchell. The poem offers us images of the headless, limbless sculpture of its title, but also of how the ruined figure of the god of light and poetry might have appeared in its former glory.

The poem does not distinguish between what is or is not there; in its language—“his legendary head / with eyes like ripening fruit”—even the absent can be present.  And, as George urged us to note, we are not only seeing the sculpture, but being seen: “for here there is no place / that does not see you. You must change your life.”

I did not understand, but I knew the poem was speaking to me. I did not know that countless poets, countless people, had read and felt that same challenge before: You must change your life. I knew only enough—at least enough—to listen.

I did not know then. Nearly twenty years later, I still do not know. But I keep asking the questions.

After the relationship failed—of course, it failed: I did become a poet, after all—I found I needed poetry all the more. I needed words that had never been said; I needed as much to hear them as to say them.

I needed someone to say what I felt in words I could not muster for myself. So when I heard Leonard Cohen sing:

“I’ve seen your flag on the marble arch

And love is not a victory march

It’s a cold and it’s a broken hallelujah”

I understood, and I knew I was understood, too. I was seeing and being seen from all places.

The semester ended and I went home for the summer. In my old room, posters of Dan Marino and Tupac Shakur, photographs from my senior prom looked on instead of an archaic torso. I was shocked to find that the person to whom these things, these effects, belonged had disappeared into someone else. You must change your life.

A month earlier she sat listening at my own poetry reading. She met my parents. She gave me a copy of The Unbearable Lightness of Being. Now it was summer and she did not call; all summer long she kept not calling.

I went to the beach. I bummed cigarettes, snuck beers, and waxed philosophical. I flirted with old flames, resented them for not knowing the person I had become with her, resented them for not being her. I listened to sad songs, wrote sad, bad poems, and read everything I could, except The Unbearable Lightness of Being.

And there was poetry—my sanctuary, and the stone in my shoe. Suddenly I couldn’t remember a time before it or imagine a life without it.

Like Cohen’s Hallelujah, I was both broken and grateful. Like Rilke’s Apollo, there was a new, strange wholeness in what was broken. Or maybe it was simpler than that, something beyond the reach of a clever phrase and all the years between.

A life is not a story. It’s too chaotic, messy and unresolved. We form order from that chaos: I say “form” because our English words for both poetry and fiction derive from different Classical forms of “to make,” the Greek poesis and the Latin fingere, “to form or contrive.”

I did not know this then, but while I read and wrote and loved and grieved, I was forming a life. I wish I had understood that she was forming one just the same, a life as real and broken and precious as mine.

We make language out of sounds and marks, we make stories of our lives in order to understand them and to be understood. We seek the essential moments that seem bridges between there and here, wherever we may be.

You probably know all this already, your own version of it. You may remember the moment when you found yourself saying hallelujah for all the broken shards that even the luckiest life is made of. Or maybe the moment is still to come, when someone stops you cold to say You must change your life. Which, whatever the story, is where the story begins again.