For the 25th anniversary revival show, the LGBT Akron Arts Festival in association with the Millennial Theatre Project is presenting this show. 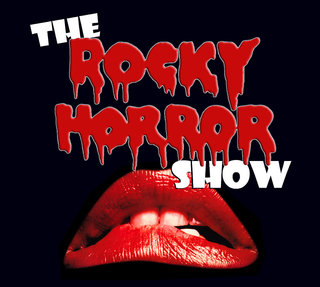 Broadway's "The Rocky Horror Show" is being presented at the Civic. (Image via Akron Civic Theatre)

Presented by the LGBT Akron Arts Festival in association with the Millennial Theatre Project, “The Rocky Horror Show” is showing at the Akron Civic Theatre every night at 8 p.m. from Oct. 30 to Nov. 3 for the 25th-anniversary revival.

According to the Akron Civic Theatre’s website, “This show is performed as a cabaret version, where the audience and the cast are on the beautiful Akron Civic Stage. Seating is limited.”

Cabaret refers to shows where the audience sits at tables, eating or drinking, while the cast performs the entertainment.

The theatre encourages audience members to attend in a costume of their favorite character from the show and to buy one of the $5 prop bags. Proceeds from the bag sales will benefit the Millennial Theatre Project and the LGBT Akron Arts Festival.

“The Rocky Horror Show” was first seen on Broadway in March 1975, presented by Lou Adler and directed by Jim Sharman at the Belasco Theatre in New York.

This show was described as “One of the ‘10 most influential postwar British plays,” by the Guardian UK, as seen on Akron Civic’s website.

This show includes adult content and is not appropriate for children. Tickets can be purchased by calling the Civic box office at 330-253-2488 or online at ticketmaster.