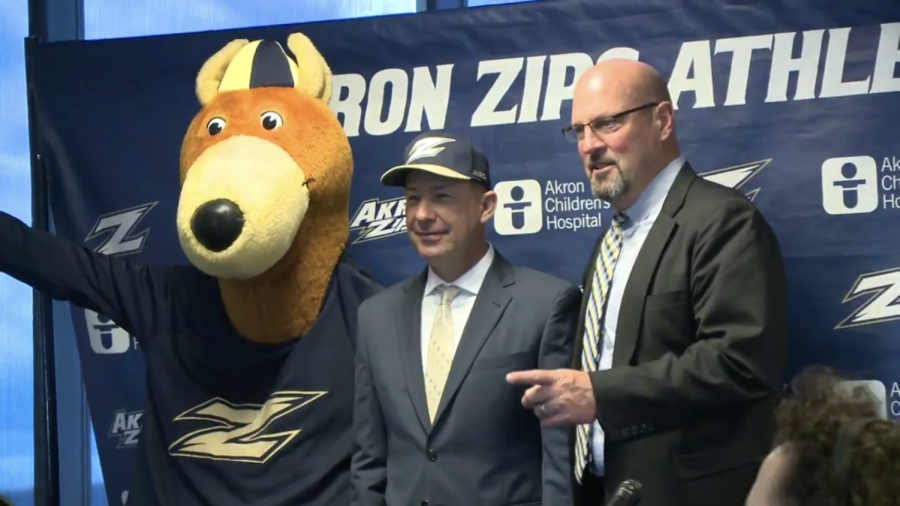 On Oct. 23, The University of Akron Department of Athletics announced that former Cincinnati Reds’ third baseman Chris Sabo will be the head coach of the newly revived baseball team.

Akron’s baseball team was eliminated in July of 2015, along with 215 jobs, when former President Scott Scarborough attempted to cut $40 million in expenses as the University faced a $60 million shortfall, according to cleveland.com

After the elimination of the team, former Zips players lobbied for the University to bring back the program, according to the Akron Beacon Journal.

Then, on Oct. 11, 2017, former UA President Matthew Wilson and Director of Athletics Larry Williams gave recommendations during a board of trustees meeting for baseball to be reinstated.

Now, three years after its elimination, Akron baseball is scheduled to return in the Spring of 2020 and resume competition in the Mid-American Conference, according to GoZips.com.

Williams said to GoZips.com that the University is excited to have Sabo at UA since his background and playing career show “his mastery of the fine details of the game.”

“He also has extraordinary leadership skills and the proven ability to teach, coach, and motivate young athletes,” Williams said. “His work ethic, drive, and commitment to excellence made him the perfect fit to lead the Zips’ baseball program.”

For the past four years, Sabo was the manager at IMG Academy in Florida, where his team nationally ranked No. 2 in 2015 and No. 5 in 2017. Ten of Sabo’s former IMG players were drafted into MLB, according to GoZips.com.

Logan Allen, one of Sabo’s former IMG players from 2015, said Sabo taught him how to play baseball like a professional while also making the transition to MLB easier.

“The best coach/manager I’ve ever had to date,” Allen said.

Another one of Sabo’s former IMG players, Nick Patten, said he was played under Sabo his senior year and learned several skills that helped him both on and off the field.

“Coach Sabo is not just an outstanding baseball coach, but also a mentor and role model for not just myself but many others he has coached,” Patten said.

In college, Sabo played for Michigan from 1981 to 1983. During his final season, “earned first-team All-America honors from The Sporting News and Baseball America,” and his team finished third at the College World Series, according to GoZips.com.

As the second-round draft pick by the Cincinnati Reds in 1983, Sabo was named the 1988 National League Rookie of the Year and appeared in the 1990 World Series before being inducted into the Cincinnati Reds’ Hall of Fame in 2010.

Outside of his playing career, Sabo has served as a hitting coach, infield instructor and a talent evaluator for the Red’s organization. Sabo also gave assistance to the baseball programs at Xavier, Michigan and Cincinnati.

Sabo is the 17th head coach of Akron baseball since 1894. At the time of publication, there were no other announcements about the Akron baseball program.