The Haunting of Hill House: A Family Drama Disguised as Horror 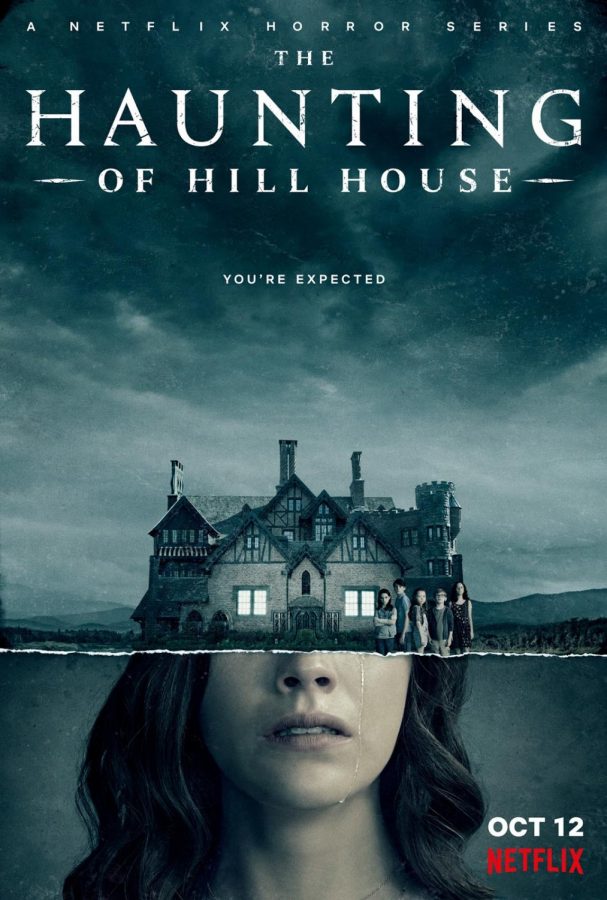 “The Haunting of Hill House” (Image via Netflix)

*This article contains no spoilers*

Halloween may be over, but it’s not too late to watch “The Haunting of Hill House” on Netflix, a chilling tale of a family damaged by an elaborately haunted house.

At first glance, the show may not seem like anything unique. There are many movies where a family moves into a suspiciously underpriced house and lives (or doesn’t) to regret it. Before I started watching it, I thought that too.

I was expecting it to be an Amityville Horror-inspired show with a lot of jump scares. I soon realized that this was no ordinary horror.

Firstly, “The Haunting of Hill House” is not a straightforward, linear story. The whole season only takes place in a few days in the character’s time, not including the many flashbacks the show depicts.

These different views allow the creators to both develop a complex story and character development in a short amount of time.

If you don’t like a non-traditional way of storytelling, you may not like this show. However, my creative mind thrived while watching it.

Secondly, the show’s bigger theme is family, not horror. The show has some amazing horror scenes, but ultimately, it’s about a family recovering from internal and external issues. Best of all, not all of the issues they have are derived from the haunted house.

Usually stories about haunted houses center around a perfect family who becomes damaged by the house. In Hill House, however, the family arrives at the house with existing issues. These issues are then heightened by the house. This aspect makes the show more realistic and complicated.

Among the many positives I believe about of this show, there are some drawbacks. When a show is this good, I can’t help but critique it.

Because of the show’s unordinary timeline, there is not a distinct climax in the plot. This makes the ending really unsatisfactory.

To me, the ending was borderline boring. If Hill House gets a second season, I hope they do something to resolve this. The timeline may be its greatest strength but it makes the show lack an ending.

There are also some really shocking scenes that may be triggering. For instance, there is a suicide scene and a scene about child molestation in which the show does not give any warnings for.

Since Netflix got a lot of backlash about triggering scenes in “13 Reasons Why,” I am surprised that “The Haunting of Hill House” hasn’t faced the same response. Regardless, it is still something to be wary about.

Ultimately, this is a show that will peak many people’s interests, even if they are not big horror fans. It has more substance than horror and covers a lot of important, intense family issues. I wouldn’t call it a new classic, but it’s worth the watch.