Chilling Adventures of Sabrina: Not the Remake You Would Expect 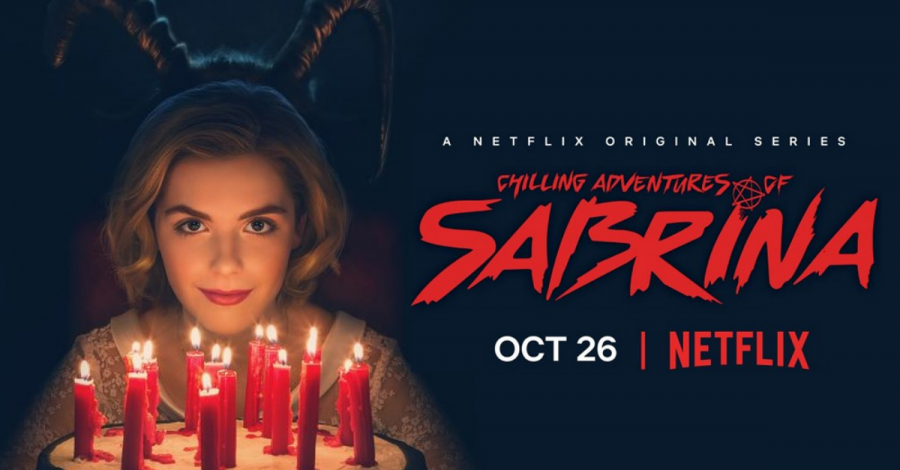 Two weeks ago on Oct. 26, “Chilling Adventures of Sabrina” debuted on Netflix. This is a live-action version of the eight-issue comic published by Archie Horror in 2014.

This comic series is a spin-off from another comic by Archie Comics called “Sabrina the Teenage Witch” which ran from 1971 to 2009. Many people are probably familiar with the television adaptation of this comic which aired in 1996 and ran until 2003.

This Netflix Original Series is much more chilling than “Sabrina the Teenage Witch,” with gory scenes and dark witchcraft present throughout. Luckily, Salem the beloved cat is still present as Sabrina’s “familiar.”

The show focuses on teenage Sabrina, who is half-witch and half-mortal and must choose which life to follow once she turns 16, which is coincidentally on Halloween.

Sabrina lives with her two aunts, who are also witches, but she attends a regular high school where she has a boyfriend and many other friends.

Sabrina’s ties to her mortal life are not the only things holding her back from truly pursuing her dark education.

Not only will Sabrina literally be signing her name away to the “Dark Lord,” but she will also have to leave her mortal life behind and exchange her freedom for power.

Throughout the ten episodes, Sabrina experiments with her powers and learns more about her parents’ deaths. Even though the episodes are lengthy, they are easy to get through because of the constant action and drama.

The last episode of part one ties together multiple loose ends, but also leaves viewers with some questions and wanting more. Luckily, part two is currently being filmed.

The message “The adventure is over… for now. But Sabrina will return” appeared on the screen after the final episode.