A Hallmark Holiday With a Dark History: The Day of Love

As the second most celebrated holiday in the United States, several do not realize it is also one of the most marketable with a disturbing origin. 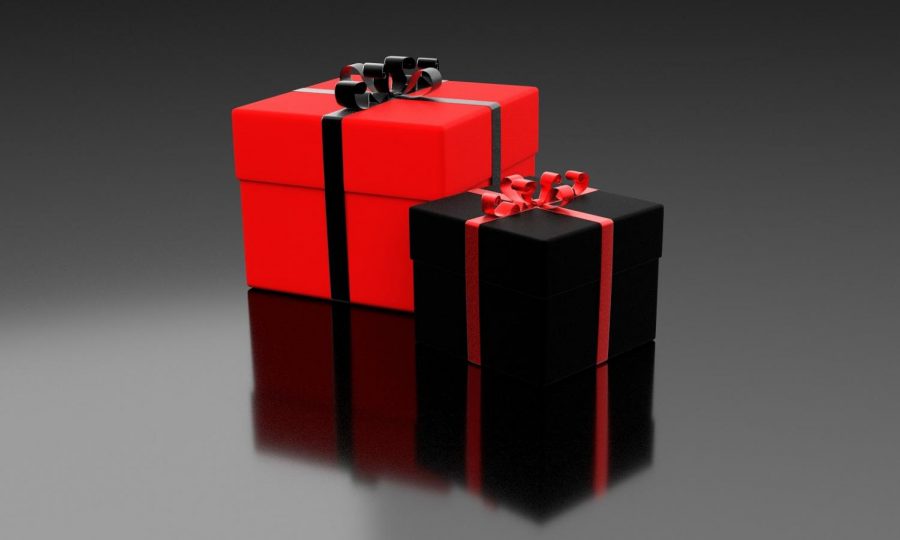 Gifts on Valentine’s Day come in a variety of shapes and sizes, but usually are wrapped in a red-themed color scheme.

As one of the top-celebrated holidays in the United States, Valentine’s Day is known as a day to show your love and affection toward your significant other.

In fact, according to an article from The Guardian, Valentine’s Day is the second most celebrated holiday, with Christmas being the first and Mother’s Day being the third.

While several people enjoy this day of love and affection because of the possible gifts and candy, many believe that it is a fake or Hallmark holiday and don’t know it’s true origins.

A “Hallmark Holiday” is typically understood as one only celebrated as a way for retail manufacturers to make money, according to an article from Business Insider. Another holiday associated with this name includes Sweetest Day.

But just how much do these retail manufacturers benefit from Valentine’s Day? An article from ABC News said that the total spending is expected to reach $18.2 billion or an average of $136.57 per person.

The jewelry industry benefits the greatest as the most popular source of Valentine’s Day gifts, followed by candy, chocolate and cards, according to the same article.

Sophomores Anna Magoline, a psychology major, and Amya McGee, a public relations major, both said that while the holiday is nice for couples, it is mainly used as a way to make money.

Freshman Chase Sutherland, a psychology major, also believes the holiday is great to show affection toward loved ones, even though it’s “novelty side” is meant for selling gifts.

Although several people enjoy celebrating the holiday, some do not believe a great deal should be made on only one day to show someone you care for them.

Senior Iman Blasingame said that she agrees Valentine’s day is a Hallmark Holiday because for some people, it is just one more day of the year and that love should be celebrated every day.

The Dark History of the Day of Love

Several students interviewed did not know the true origins of this holiday and were ultimately surprised after finding out the disturbing beginnings of the holiday’s traditions.

According to Hallmark’s website, Valentine’s Day had been named after Saint Valentinus, who had written a farewell letter to a girl saying “From Your Valentine” before his death sentence had been carried out on Feb. 14, 296 A.D.

Later, during fifth century Rome, people were honoring Juno, “the pagan goddess of love and marriage,” also on Feb. 14. Men would pick a woman’s name before courting them for marriage.

While some aspects of this story provided by the card-making corporation seem odd already, several of the dark details were not included on the website.

According to History.com, there were actually three different saints recognized by the Catholic Church named Valentine or Valentinus, all of which were considered martyrs.

Then, in terms of the pagan holiday, the website said that the decision to hold St. Valentine’s day on Feb. 14 was an attempt to add religion to the fertility festival Lupercalia.

During Lupercalia, special Roman priests would “sacrifice a goat, for fertility, and a dog, for purification,” the website said. After the sacrifice, the goats hide would be used to gently slap both women and crop fields.

Overall: Be Aware of Why You Celebrate

While Valentine’s Day can be a great excuse to give your loved ones several gifts and candy, it is important to understand the history behind the holiday and to celebrate it for reasons that matter.