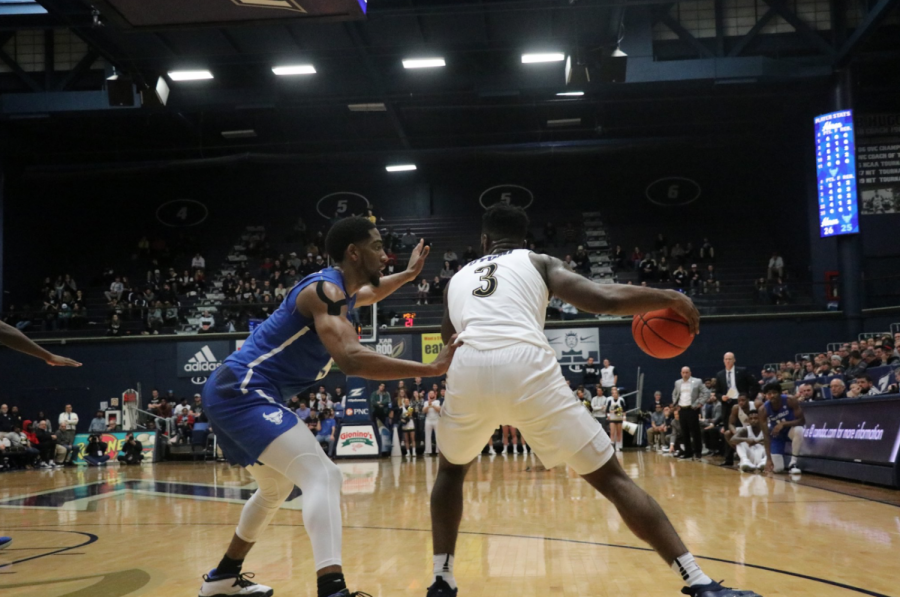 The University of Akron Zips welcomed nationally ranked Buffalo to James A. Rhodes Arena on Tuesday, Feb. 12, where the Zips would fall in a tightly fought contest, 76-70.

The first half was very much a back and forth affair with both teams digging in on the defensive end. This defensive battle is what kept the Zips in it early as whenever the Bulls looked to extend their lead to double digits, Akron would answer back with a three of their own.

Both teams elected to take part in the shootout, combining for a total of 28 three-pointers attempted in the half, 12 by Akron and 18 by Buffalo. Akron even seemed to gain the momentum as the clock neared halftime, but due to a late run by the Bulls, they would take a 30-28 lead to the locker rooms.

Coming into the game, the Bulls were favored by 7.5 points. The atmosphere in the gym signaled that the fans expected another run that would deliver the knockout punch to the Zips in this Mid-American Conference battle.

That run came in the second half as the Bulls finally extended their lead above double digits. Momentum appeared to be entirely on the side of the reigning MAC champions.

Every time a three-pointer was made by the Zips, the Bulls would answer back, constantly shutting the door on any potential comeback Akron offered.

This was the case until there were six minutes remaining.

Akron has shown in their past matchups, like the ones against Kent State, that they have the ability to get hot fast and erase or extend any lead, and this was the point when it was time to show up.

As Akron faced a nine-point deficit, guard Loren Christian-Jackson, much as he has in the past, came alive. He scored 12 of his 20 points in the second half, hitting back to back three-pointers. Daniel Utomi and Jimond Ivey also chipped in their own threes, eventually cutting the Bulls lead to just 4 points.

After a foul and free throw attempts, the Bulls extended their lead to six with 25 seconds left in the contest. On a play out of a timeout, senior Jimond Ivey split a double team and found an open Daniel Utomi in the corner. He hit the shot bringing the game to a one-possession game with 16 seconds left.

The Zips intentionally sent CJ Massinburg to the line again, a player who was 10-10 on free throws at that point. Massinburg made the first one and head coach John Groce took another timeout to ice him. Massinburg then walked back to the free throw line for one last attempt and shot it as calmly as he had the first.

Massinburg missed this time, but any chance of a further comeback was ended when Buffalo’s Dontay Caruthers got the offensive rebound and scored to push the Bulls lead to 6, effectively ending the game.

One last three-point attempt by Tyler Cheese was missed and the Zips lost in heartbreaking fashion.

After the game, Groce said, “I thought we got what we deserved, I don’t think our team-ism was good today”.

Groce went on to state that players’ emotions did not appear in check during the game, and that he felt they were playing for themselves instead of Akron.