Want to enjoy a tournament of the childhood classic sport with a team of friends, all for a good cause? Sign up today. 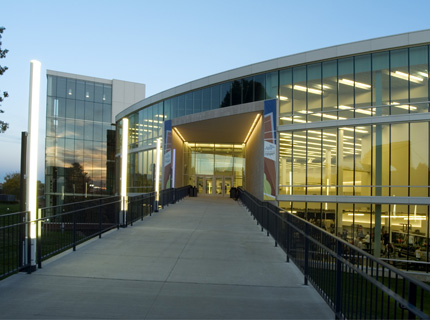 The University of Akron Residence Hall Council is hosting Zippy’s Let’s Dodge Cancer Classic on Sunday, April 7 from noon to 3 p.m. at the Student Recreation and Wellness Center, courts four and five.

In its second year, the tournament will raise money for Relay For Life, a community-based fundraising event for the American Cancer Society.

The  Residence Hall Council is currently seeking any willing UA students to serve as participants for the tournament.

“I am super excited for this event and it is just great to know that we can get people involved and have fun, all for a good cause,” Heaven Miller, Community Service Director at the Residence Hall Council, said.

Miller is responsible for the planning of the event as well as the setting of sign-up forms and safety waivers, and the creation of advertising for the event for the second year in a row

When asked about the outcome of the first installment of this tournament, which occurred last year, Miller states that a little over $100 was raised last year for this relay alone. According to Miller, the tournament featured 10 different teams totaling about 100 individual dodgeball players.

Miller and her team hope to increase the amount raised and the number of people who participate in the event. It’s especially important to them because the proceeds of the tournament help fight cancer.

In her description of the results of last year’s event, Miller states that one of the best parts of the event for her is knowing the impact that these events have on the organizations they benefit. Receiving the thank you letters from some of those organizations, made a major impact on her and her team.

One such thank you letter came from a cancer research laboratory at The Ohio State University last year.

In addition to fundraising for Relay For Life during the Spring, Miller said there are other substantially large events which are also hosted during the Fall to raise money for various charities helping individuals in their fights against various other illnesses and difficulties.

Such causes include raising money for patients and researchers battling multiple sclerosis, as well as helping to procure other product donations and services which are offered to further those other causes.

Any current UA student who wishes to participate in this year’s tournament can find the dodgeball tournament team form under the Residence Hall Council’s OrgSync page along with the safety waiver.

Participants can gather up a squad of anywhere from 6 to 10 friends, pay a small fee of $10 to cover the whole team and play dodgeball to support Relay For Life.

Resident Hall Council is counting on you to help patients dodge cancer.