The goal for the Miracle Network Dance Marathon chapter at The University of Akron is to raise $50,000 this year. 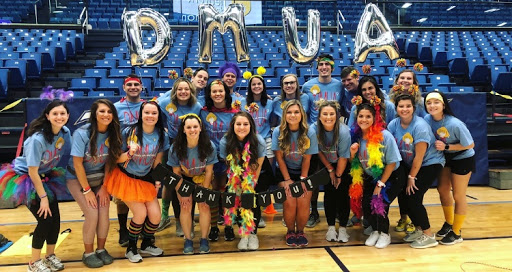 The fifth annual Zippython, a dance marathon held to raise money for Akron Children’s Hospital, will take place in Central-Hower High School’s gymnasium on April 13 from 11 a.m. to 7 p.m.

Zippython is a small chapter of a student-run organization called Miracle Network Dance Marathon (MNDM) that spans across the country.

According to their FAQ page, MNDM started in 1991 before spreading to help benefit many hospitals and children. Since then, the movement has gained over 300,000 college students from 300 campuses across the United States.

The mission of MNDM chapters is “to help sick and injured kids in our local community get the care they need” through raising money for local families and children’s hospitals, the MNDM website said.

Collectively, the different chapters of MNDM have been able to raise over $200 million to support families and children’s hospitals in various communities, the FAQ page said.

Carley Maruna, the student director of Zippython, said that children from Akron Children’s Hospital will be at the event sharing their stories on how the money impacts their experience in the hospital.

Last year, Zippython and its participants were able to raise $33,252.19. All the proceeds went directly to Akron Children’s Hospital, Maruna said.

“At the end of the night we will reveal how much money we raised FTK (For the Kids) this year,” Maruna said. This year, Zippython has a fundraising goal of $50,000 dollars.

This event will offer light refreshments, games and music. Registrations for this event is still open, and donations are still able to be made on their website.