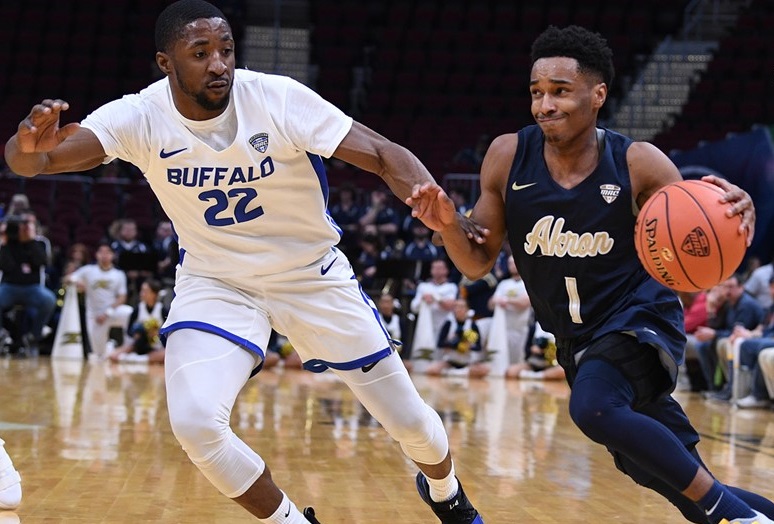 The 2018-2019 Men’s Basketball season was a slight improvement from the last season, but not enough to make the big splash that the Zips have long been hoping for.

The Zips ended the season with a winning record, albeit barely.

During the season, players Jimond Ivey and Daniel Utomi both hit a milestone 1,000 career points.

The Zips showed that they can dominate while playing at the James A. Rhodes Arena, as they went 13-3 in their 16 home games on the season. Their success at home has proven to be a staple of the team in previous seasons.

As a team, Akron averaged nine three-point shots per game and shot over 840 three-pointers.

Ivey led the team with the highest field goal average, making 46 percent of his shots while also leading in rebounds and assists.

Akron played great defense for most of the season and can look to improve offensively next season. The games in which the Zips lost could be contributed to poor shooting, especially during the first half.

In early March, the Zips fell to Ohio in a conference matchup in which they were favored to win by 9 points, but instead lost by 24. They shot 29 percent for that game.

After making quick work of Miami (OH) at home in the first round of MAC Tournament, the Zips’ usual postseason trip north was cut short when conference powerhouse Buffalo handed them a devastating 82-46 loss in the quarterfinals at Quicken Loans Arena.

Overall, Akron showed improvement as a whole this season, and there is no reason to expect the Zips not to keep this momentum going next year.