On April 6, eight teams of students will participate in the school’s 10th annual competition sponsored by Tzangas Plakas Mannos Ltd. 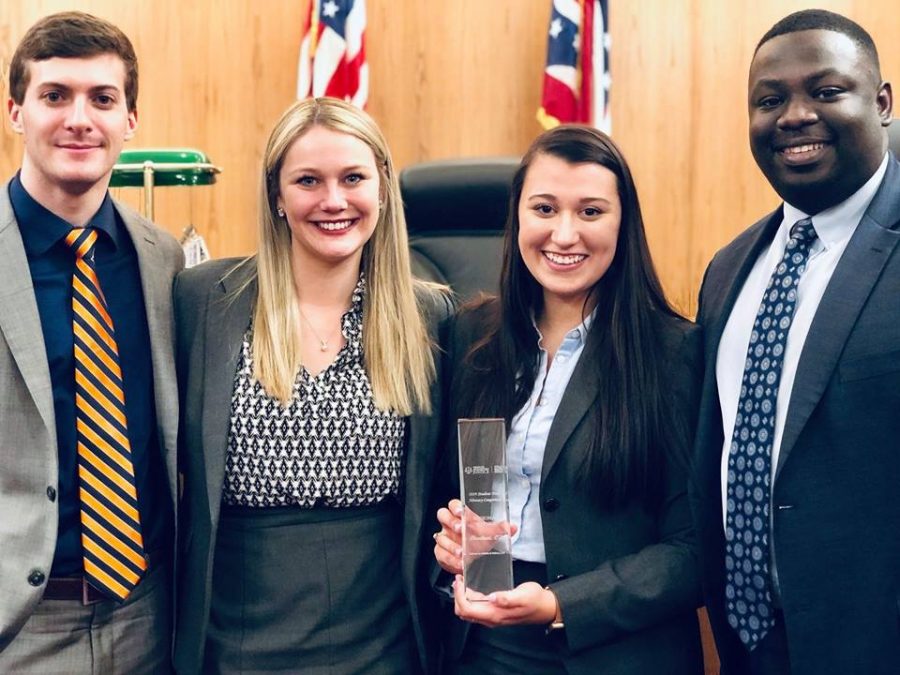 Eight teams from The University of Akron School of Law will be competing for a cash prize in the school’s 10th annual intramural trial competition on Saturday, April 6.

This competition is sponsored by Tzangas Plakas Mannos Ltd., an award-winning law firm originally founded in 1957 with offices in Canton and Akron.

Each team is comprised of two student advocates and two student witnesses and will compete for part of the total $5,000 in cash prize money, according to a University press release.

Participating students have previously represented Akron Law at other competitions, such as the National Black Law Student Association National Championship, or had strong performances during the mock trial competitions.

According to the press release, the event is free for the public to attend. The first two rounds of the competition will take place at Akron Municipal Court, located at 217 S. High Street in Downtown Akron, starting at 9 a.m.

After a break for lunch, the final round of the competition will be in the Brennan Courtroom of the law school’s C. Blake McDowell Law Center, located at 150 University Ave.

Collin Wise (Akron Law ‘12), an associate attorney for Tzangas Plakas Mannos Ltd., said the firm invites judges each year to participate and score during the final round.

Jeananne Ayoub (Akron Law ‘18), also an associate attorney with the sponsoring law firm, was a part of the school’s national runner-up trial team in 2018 and her team won the competition within the same week.

“The competition is an opportunity for students to get practical trial experience, feedback from judges and practicing attorneys, win cash prizes and have their name inscribed on the Lion Law Cup,” Ayoub said.