Zips Esports has become the first team in the history of Collegiate Rocket League to qualify for nationals twice in a row. 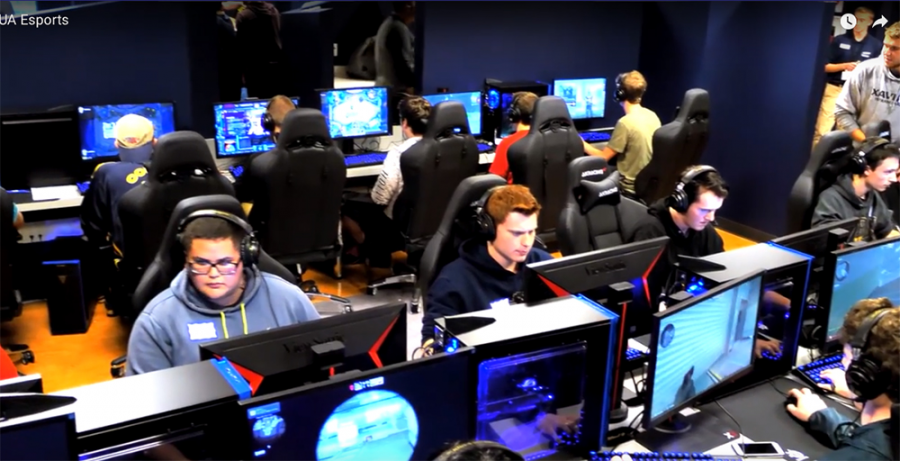 On March 20, the Akron Zips Esports varsity Rocket League team won the Collegiate Rocket League (CRL) Northern Conference Championships. They are the only National Championship team from last season to qualify for nationals again this spring.

Akron’s victory took the team to the NCAA Final Four Fan Fest in Minneapolis, Minn. on April 4-8, where the Zips became the CRL Spring Champions.

A highlights-driven feature television show based on the competition will air on TBS on Friday, April 12.

“The team will have the opportunity to compete for a $50,000 scholarship prize pool in front of a live audience,” a University press release said.

Rocket League is a video game that features a vehicular-action soccer game. Three players control rocket-powered cars to hit a ball into an opponent’s goal to score points, similar to traditional soccer.

Director and head coach of Esports, Michael Fay Jr said, “It’s a tremendous honor to be able to represent UA on the national stage for the second time within the Esports program’s first year.”

No other college Rocket League team in the nation has spent more time competing in an environment like the one that is provided at Akron or in front of a live audience and on a regular basis, Fay said.

“I believe that our program’s ability to provide organizational support and analytical resources to build on the world-class talent these players bring to bear here at The University of Akron every day will go a long way to set them apart from the competition,” Fay said.