University of Akron Employee, Alum to Appear on ‘Who Wants to Be a Millionaire’

This will be Derek Daily’s third appearance on a quiz show, as he has appeared on “Academic Challenge” and Game Show Network’s quiz show “The Chase.” 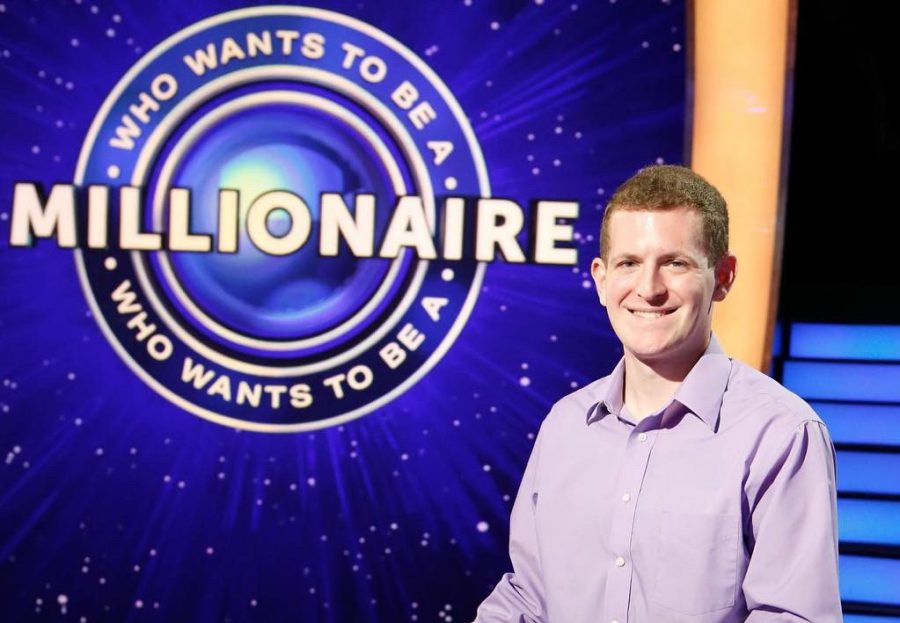 Derek Daily on the set of "Who Wants to Be a Millionaire."

An employee and alumnus from The University of Akron will appear as a contestant on “Who Wants to Be a Millionaire?” hosted by Chris Harrison Thursday, April 11, 2019.

Derek Daily is currently one of the UA Career Services coordinators and also serves as a liaison for the LeBron James Family Foundation College of Education, according to a University Press release.

“Daily’s episode of “Who Wants to Be a Millionaire?” will air in Northeast Ohio on Thursday, April 11 at 3 p.m. on ABC,” the press release said.

Contestants are challenged with 14 multiple-choice questions, each of varying degree and difficulty. Each question is assigned a dollar value that increases from $500 to $1 million.

In addition to the questions, contestants are also given three lifelines they can use for help on a question: Fifty-Fifty (eliminates two answers), Ask the Audience (audience votes on an answer) and Plus One (companion answers the question.)

“My Plus One is my friend Mike Manos, who is from Elmira, New York,” Daily said. “I first met Mike online through a game show community about eight years ago, and we see each other about two to three times a year at various trivia events.”

If he became a millionaire through the game show, Daily said he would take some time off and go hiking on the Appalachian Trail as it has been one of his goals for “a long time.”

According to the press release, Daily taped his appearance on the game show on Aug. 8, 2018: eight months prior to the episode being shown on television.

“It’s been very hard to keep my winnings a secret,” Daily said, being sworn to secrecy. “The only people who know how I did are the people who were at the taping. It will be a relief to finally talk about it.”

After watching game shows with his grandmother as a kid, Daily said trivia and learning new things grew to be a huge part of his life, which led to getting the opportunity to audition for the trivia show while at a trivia convention.

“To qualify to be a contestant, hopeful millionaires are required to pass a 30-question quiz and then successfully navigate several auditions with the show’s producers,” the press release said.

Although it is difficult to prepare for the questions as they can be “fairly obscure,” Daily said he has been watching every episode of the past two seasons and studying trivia for several years.