The University of Akron has several ideas in motion to improve the budget issues and for student success through faculty changes. 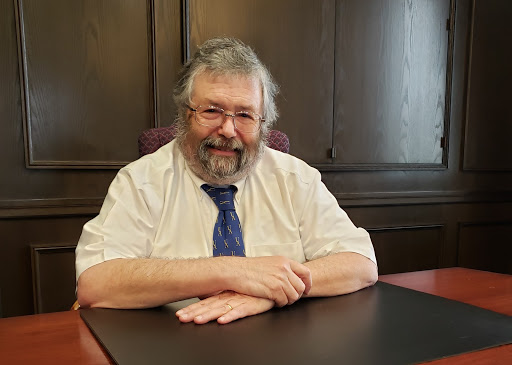 By Brooklyn Dennison and Megan Parker

With the spring semester ending soon and growing questions about the plans moving forward, Interim President John Green spoke with The Buchtelite about the future budget and faculty buyouts at The University of Akron.

Shortly after he began his position as interim president, Green said he learned that the University was planned to end fiscal year 2019 with a $16 million deficit, meaning UA was scheduled to spend $16 million more than it was going to bring in.

At the time, Green said, to reduce the 2019 deficit, UA planned to save as much money as possible. There were several ways in which the University intended to do this.

“One is, we haven’t hired people when vacancies come due,” Green said, “We don’t fill them, or if we do fill them, we fill those slowly.”

While being frugal has paid off, as the anticipated deficit for 2019 is now only $4 million, Green said he wants to be more than just sparing with UA’s budget.

“The problem with not spending money is, well for instance, not hiring people. It just depends on where people leave. If they leave from a really crucial job and we don’t full it, that creates problems. So I decided we had to have a change in direction,” Green said.

This change in direction was to hire 32 faculty members in key areas of growth and to create a three-year action plan.

According to a University webpage, this action plan came from “two data-driven University-wide reviews of current offerings and operations – Academic Program Review and Administrative Activities Review…”

This three-year action plan is designed to reduce $15 million in spending each fiscal year while maintaining the attractiveness of UA to potential and current students.

Green said that long term, the University was projected to have a $45 million deficit. By reducing the spending $15 million each year, combined with increasing enrollment and hiring new faculty, UA could potentially eliminate the deficit.

“Everybody is going to participate but it won’t be across the board. I’m not going to every office and saying we’re cutting 5 percent. In some cases, if we cut 5 percent, we’d eliminate the office,” Green said.

In order to compensate for the size of some departments versus others, Green has asked the deans to send recommendations for general fund reductions between 3 and 7 percent.

While these permanent cuts to different departments will hopefully help lower the structural deficit for UA, Green said the University will also be hiring new faculty based on proposals from the deans.

Also, Green said the ideal outcome of the three-year action plan is to keep the student impact of these budget reductions as small as possible. One way Green hopes to accomplish this is through lowering the use of part-time faculty.

In order for the University to save money spent on part-time faculty, Green said the plan is to change “the section size and the way we offer classes,” so that full-time faculty can fill those positions.

Green hopes to place the best qualified full-time faculty into general education classes because all students are required to take those in order to graduate.

However, some full-time faculty will have to make reductions in the number of specialty classes they teach and the amount of research they complete at UA, Green said.

“It’s got to be worked out on a case-by-case basis,” Green said. “But I have heard some fears that their research programs will be interrupted.”

Nonetheless, Green said that faculty who receive funding externally for research will be in better shape because those funds also help the University in many areas, such as covering important classes.

Along with the topic of faculty at UA, Green said this shift from part-time to full-time faculty had no influence on the University offering buyouts to different faculty.

“The buyout or the Voluntary Separation or Retirement Program, VSRP, that won’t have any impact on the fiscal ’20 year,” Green said. “It’s really aimed at the fiscal ‘21 budget.”

This means that faculty who choose to participate in VSRP will work through the 2019-2020 academic year and then leave with one year’s salary on May 31, 2020.

According to an article from the Akron Beacon Journal, around “340 of the 720 faculty members” received information about the VSRP and are eligible to take it.

In order to determine which faculty members were eligible or ineligible for VSRP, Green said there were a couple of determining factors, such as current plans for certain programs and potential for growth.

Due to the approval of hiring 32 new faculty in different departments, Green said those programs are ineligible to participate because “it didn’t make sense to encourage people to leave.”

The main programs where faculty are eligible for VSRP are the non-investment areas, Green said. Two examples of these programs are English and mathematics.

“Now when I say non-investment, I don’t mean that those are worthless,” Green said. “They’re just areas where we don’t see much potential for growth.”

According to Green, the University will know by June 2019 which faculty members are taking the VSRP. This will allow for the departments to plan for any faculty losses or if faculty may need to be replaced for the next academic year.

If there are positions that need to be filled after faculty leave, Green said the University will hire junior faculty in order to save money toward fixing the structural deficit.

With all these plans for reductions at UA, Green said there are areas where he is going to make recommendations to the Board of Trustees for future investments.

According to Green, several of the colleges at UA are lead by interim deans. However, there are three colleges and one program that Green believes finding an actual dean will promote forward progress.

These are business, education, health professions and the nursing program.

“We’re gonna bring in, hopefully, a really well-qualified person who can move those colleges forward. And I think those colleges are ready to move,” Green said.

Although there are other colleges that have interim deans, such as arts and sciences, Green said he does not want to start searching for those deans until the discussion of reorganization has been concluded.

The University’s original plans to reorganize some of its colleges were paused in early March, according to another article from the Akron Beacon Journal.

Overall, Green said he is extremely hopeful about the University moving forward for future progress with all of the issues being addressed.

One thing the University has been able to do throughout its history is adapt to changes and overcome obstacles, Green said; something that he has seen happen throughout his 31 years at UA.

“If we can solve a couple of problems and have some stability for 10 years, this place will blossom,” Green said. “But really, there really is bright light in the future.”