Biomedical engineering students adapted a Power Wheels Truck for a boy with Down Syndrome. 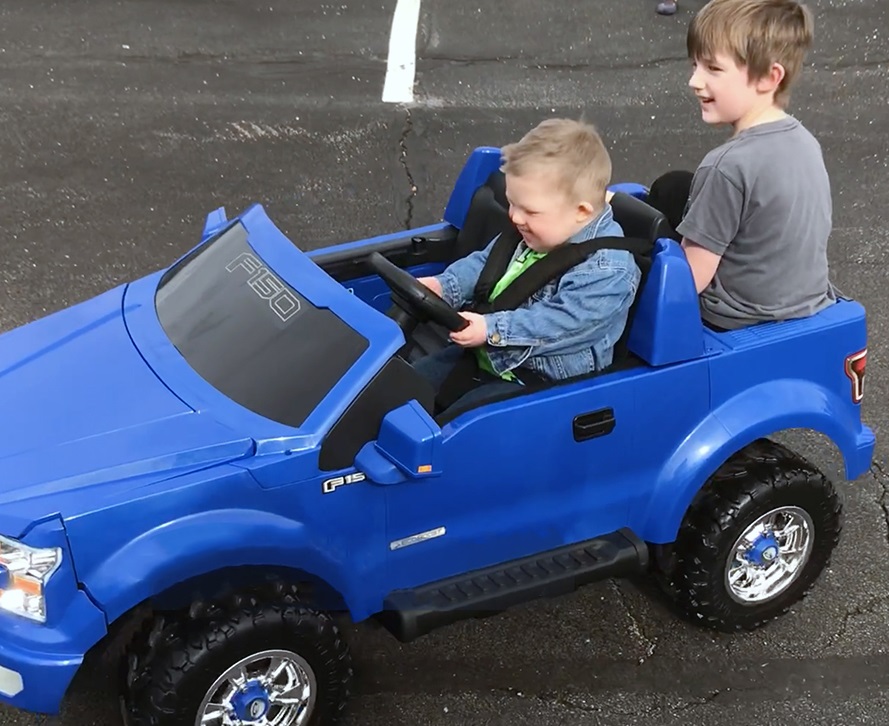 Nathan has Down syndrome and is currently in remission from leukemia, after taking his last dosage of chemotherapy on Jan. 18, according to a University press release.

“Like any kid his age, Nathan finds a Power Wheels car to be quite the appealing toy,” the press release said. “But because of his illnesses, Nathan has stunted growth and low muscle tone.”

This is where a team of biomedical engineering students in The University of Akron’s College of Engineering stepped in and modified an off-the-shelf Power Wheels for Nathan.

Originally proposed to UA’s Biomedical Engineering Design Teams by the Summit County Developmental Disabilities Board, the team began working on the adaptations in 2017.

Four main modifications were made to the Power Wheels vehicle donated by Fisher-Price, according to the press release. These include:

An accelerator pedal redesigned to be within Nathan’s reach and requiring less force to activate.
A seat modified to be slightly higher, with stronger seat belts and extra cushioning.
A front bumper to help take away most of the impact if Nathan strikes an obstruction.
A remote-control kill switch that allows Nathan’s parents to instantly turn off the vehicle’s battery if the youngster is headed in a dangerous direction.

While Nathan received his modified truck at home in February, he wasn’t able to drive it outside until April due to a brief illness that kept him inside, according to the press release.

The design team met with Nathan and his family at East Liberty Park in Green to see Nathan drive the truck outdoors for the first time.

AmyAileen Ramey, Nathan’s Mother, said everyone had been excited to see the adaptations working well and Nathan’s ability to drive despite having his illness limit his abilities.

“Now that the weather is getting warmer, Nathan will be able to enjoy his new truck more often, especially since because his treatments for leukemia ended three months ago,” AmyAileen said.

Project leader Christopher Halley, a fifth-year biomedical engineering major from Canfield, Ohio, said the project had been a great way for the team to gain real-life experience and see the results of their work.

“This project has been an excellent opportunity for the team to get practical engineering experience,” Halley said. “The adapted Power Wheels truck is going to be able to expose Nathan to a part of his life that he wasn’t able to reach before.”

Along with Halley, the team was comprised of Reid Polis, a fourth-year student from Poland, Ohio; and Steven Innocenzi, a third-year student from Solon, Ohio. An engineer from Air Enterprises also mentored the group.