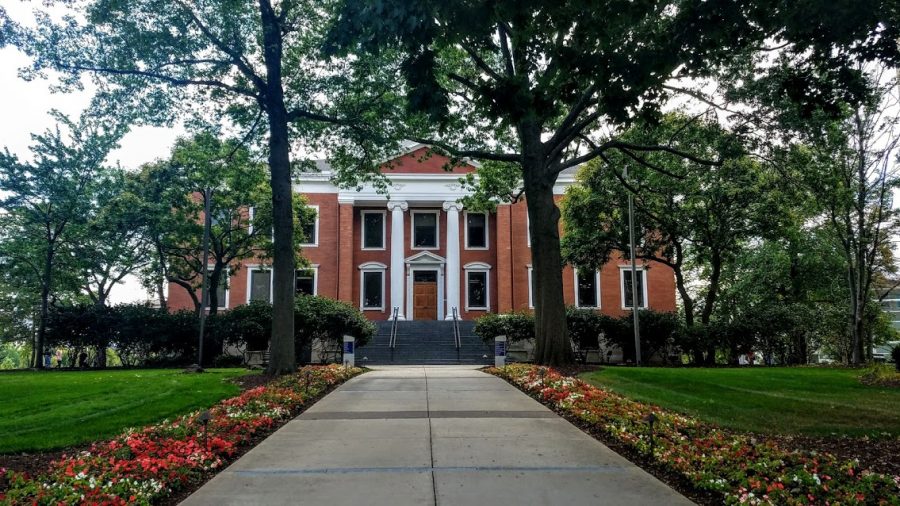 Several offices for members of the administration reside on campus in Buchtel Hall.

On Aug. 21, President-elect Gary Miller and Interim President John Green named Wayne Hill as chief of staff and vice president of The University of Akron.

With a bachelor’s degree in sociology, Hill first joined the Department of University Communications and Marketing in 2011 as associate vice president for marketing.

Currently, Hill serves as vice president of communication and marketing for the University and has held this position since May 1, 2017.

The change in his position will take effect immediately, pending approval from the Board of Trustees.

In a UA press release, Miller said this position is an important part of his administrative model as it allows the University to work together and requires several unique skills.

“Wayne exhibits all these attributes and more,” Miller said. “He is exactly the right person for this position at this important moment in the history of The University of Akron.”

Hill’s new position as vice president and chief of staff is Miller’s first public appointment at UA since being announced as the 18th president by the BOT last week.

The primary objective Hill has starting this position is to help the new president get to know the University and the perspectives from its different constituency groups.

“One of the critical elements – especially at the start of Dr. Miller’s presidency – is to help him with getting to know the university,” Hill said. “Helping him do that well is the top priority.”

Many of Hill’s responsibilities as chief of staff will be based on serving as an advisor to the president; such as advancing initiatives, establishing an activities schedule and improving the president’s ability to effectively lead UA.

A search for Hill’s replacement is intended to take place. Meanwhile, Cristine Boyd will lead media relations for the University.

As he worked with Green during his interim presidency and Miller prior to the announcement of his election, Hill said several discussions took place about filling the position of chief of staff that resulted in his appointment.

“I very much appreciate the confidence that both Dr. Green and Dr. Miller have shown in me and I hope to be able to help establish a strong foundation for Dr. Miller’s successful presidency,” Hill said.