James’ distinctive blend of rock, blues, gospel and folk commands attention when mixed together with his euphonious voice. 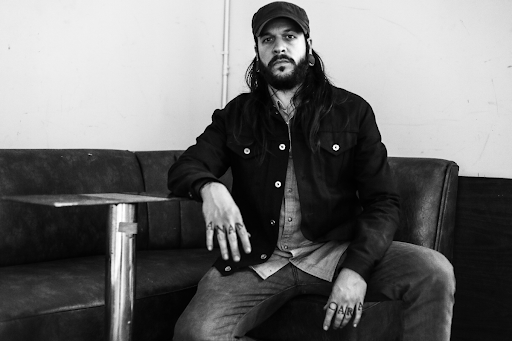 Shawn James, an up and coming blues and soul music artist, will visit Akron on Sept. 26.

Once the soulful notes Shawn James sings reach your ears, his Mississippi delta roots by way of his upbringing in the South Side of Chicago, are more than apparent.

The singer-songwriter has had his music featured on HBO’s “Shameless,” CBS’s “Reckless” and in the 2013 action-adventure game “The Last of Us 2,” created by Sony PlayStation.

James excels in his genre and gained an even wider audience with his unique cover of Macy Gray’s “I Try” released in 2018.

Glide Magazine celebrates James’ artistry by saying, “You do need to hear Shawn James sing. Vocally, he has few, if any peers.”

James’ website reports that his song “Through the Valley,” released with his band The Shapeshifters, generated over 60 million streams combined on Spotify, Apple Music and YouTube.

This independent singer-songwriter has developed an impressive discography in just seven years with over ten albums; five of which are solo and five of which were produced in collaboration with The Shapeshifters.

James has drawn inspiration for his music from his own experiences, including those of singing in the choir at his Pentecostal church as a child and enduring the loss of a loved one.

Themes of hope and anguish mixed with joy and pain are prevalent throughout “The Dark & The Light.”

In an interview with Billboard Magazine, James said his album is like a culmination of everything he has done to show what he is capable of in the music industry.

“I do not think I would’ve been able to make it without those things, but I’ve worked with an eclectic mix of genres and experiences, and this is all of it,” James said.