The orchestra’s 2019-20 season will begin on Sept. 21 with a look into the influence of Russian composers and a performance of Tchaikovsky’s Fourth Symphony. 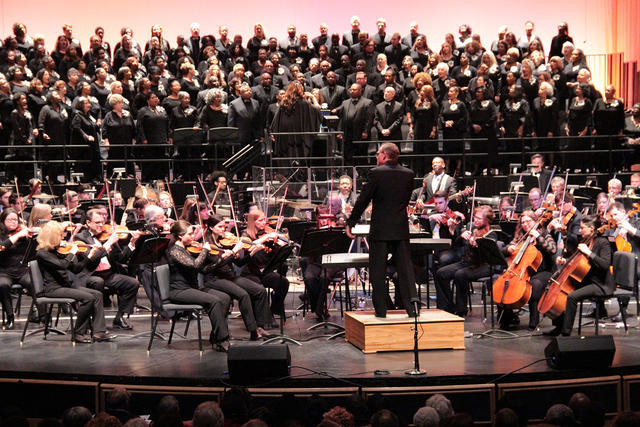 (Image via the Akron Symphony Orchestra)

One of the Akron Symphony Orchestra’s performances in early 2018.

The Akron Symphony Orchestra’s 2019-20 season will begin on Sept. 21 at 8 p.m. at E.J. Thomas Hall with an exploration of music pieces from four composers of Russian descent.

To highlight the evening, the orchestra will perform Pyotr Tchaikosvky’s Symphony No. 4 Benjamin Zander, former TED Talk speaker and current director of the Boston Philharmonic, will bring his charismatic persona and unique ideas about tempo to the stage as the guest conductor.

Christopher Wilkins, the music director of the Akron Symphony Orchestra, said that Zander and Korsantia have known each other for many years and those in attendance will be able to see evidence of their longtime partnership during Korsantia’s performance.

Wilkins also said the choice in the orchestra’s performance pieces by Russian composers is due to its impact on the modern orchestra.

“The Russians in the 19th century in many ways invented the modern orchestra, and it hasn’t changed all that much since then,” Wilkins said.

In the past, up to 40 people have auditioned for one chair in the orchestra, and its pull is far-reaching, seating musicians from UA alumni to Columbus and Pittsburgh residents.

“There is a great and incredibly competitive orchestra right in the school’s front yard,” Wilkins said.

“[Zander] is a riveting speaker,” Wilkins said. “He can open a window into the works, their meaning, his interpretation and his relationship with the music. This just happens to be a program that I think anybody would love.”

Wilkins also stated that the sweeping melodies and dramatic narrative of Tchaikovsky No. 4 should make for an enjoyable night for even those who are not classically trained musicians.

Tickets start at $12.50 for students with doors opening for the event at 6:30 p.m. The pre-concert lecture will be delivered at 7 p.m.