Although the team won all three of their scrimmage matches before the start of the season, UA still has yet to gain an official season win. 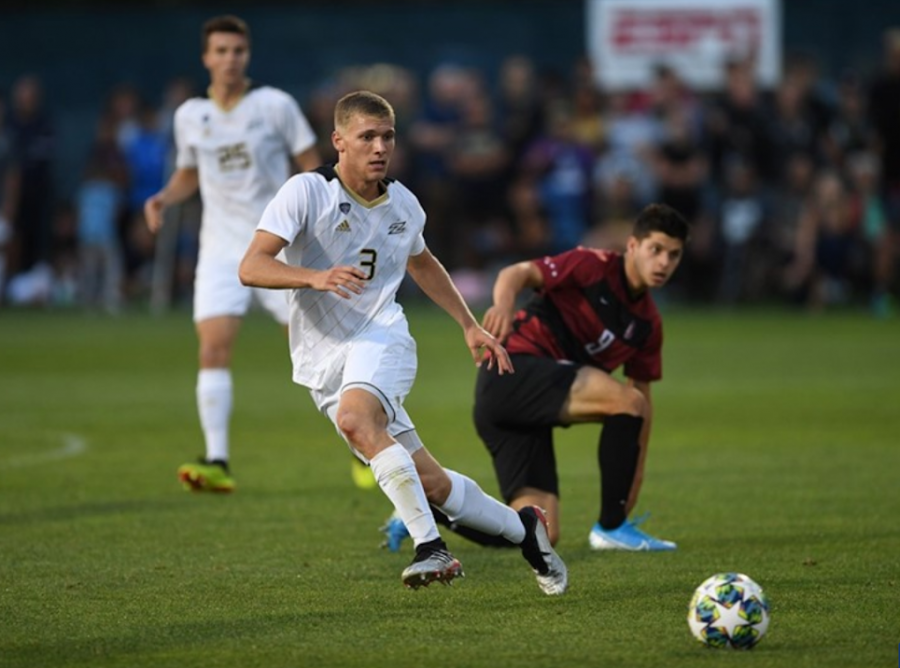 The University of Akron Men’s Soccer team in their match against Stanford.

Men’s Soccer at The University of Akron is off to a rough start with zero wins out of the first five games this season.

Having won the Mid-American Conference Tournament last year and appearing in the NCAA National Championship game, before Maryland pulled ahead, the men’s soccer team is known for skill and hard work.

While the team won all three of the scrimmages played before the official season, they have yet to win an official game since the start of the season.

UA’s first loss came from their season opener against Xavier, as the opposing team scored one goal each half and kept the Zips from being able to fight back.

In the second match of the season against Stanford on Sept. 2, UA lost when a goal by Stanford in the 89th minute of the match brought the score to a 2-1 deficit.

For the third match of the season against Creighton, an early first-half goal by the opposing team caused the loss for UA men’s soccer team, with the final score being 2-1.

Then, in a highly anticipated rematch against Maryland, the team that beat UA at the 2018 Championship, the men’s soccer team was unable to score after a first-half goal from Maryland.

Lastly, the men’s soccer team fell 1-0 against Pittsburgh on Sept. 16 after a goal in the 74th minute of the match lead the Pennsylvania team to victory.

Nonetheless, many students and fans are still hopeful that the soccer team will make a comeback this year and make it back to the MAC Tournament.