In response to the need for homeless female veteran housing, several entities worked to open the four-unit apartment complex. 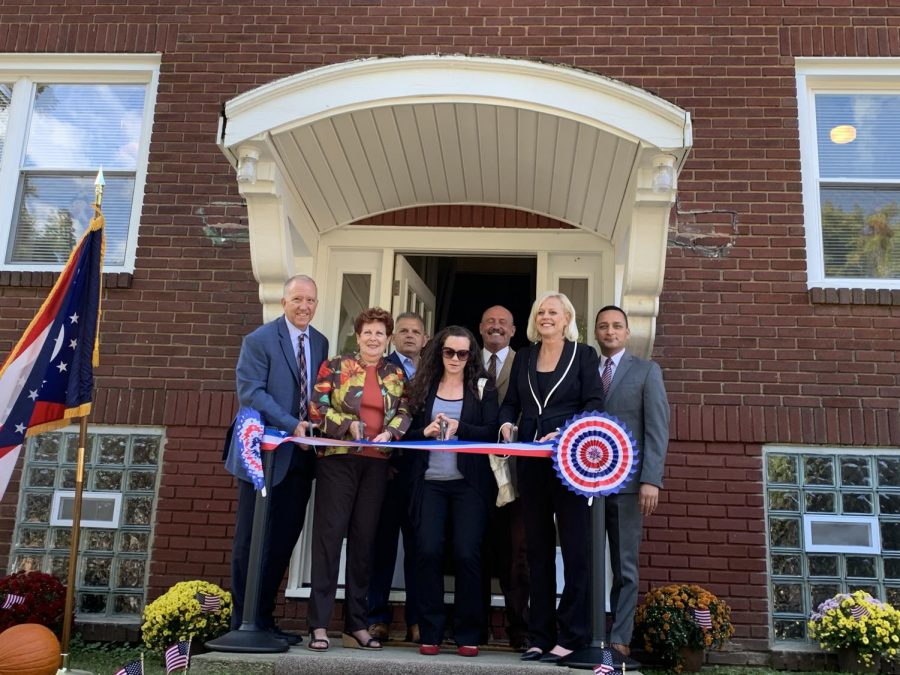 (Image via the Office of Ilene Shapiro)

Several officials from Summit County and nonprofit organizations cut the ribbon, marking the opening of the Summit Liberty House.

Executive Shapiro said as female veterans are the fastest growing portion among homeless veterans, the county should be ready to do something in return for their service.

According to a press release, the property was acquired in 2018 by the Summit County Land Bank.

The city of Akron and Executive Shapiro’s Department of Community and Economic Development led the year-long building renovations in cooperation with Summit County Public Health.

Since then, the deed to the housing unit has been transferred to Family and Community Services, a nonprofit organization, to run the day to day management of the facility.

Mark Frisone, Executive Director of FCS, is grateful for the support from the community, elected officials and philanthropic leaders as the project would not be a reality without it.

As the nonprofit organization has a long history of serving veterans, Frisone said they “look forward to continuing this tradition with female veterans in Summit County.”

FCS operates a similar facility in Summit County for male veterans, the Valor House, as well as a facility for female veterans in Portage County.

As Summit Liberty House is ready for move-in, FCS is working with Akron Metropolitan Housing Authority and the Summit County Continuum of Care to find female veterans in need of the housing facility.

Mayor Horrigan believes every person deserves a chance to live in dignified housing, especially the veterans who gave their all to service in the armed forces.

“Summit Liberty House is a commitment to that belief and a promise that we will take care of our heroes when they return home from duty,” Mayor Horrigan said.

The Women’s Endowment Fund of Akron Community Foundation also gave a grant to FCS in order to ensure all services offered at the Valor House will be available to the female veterans in the Summit Liberty House.

From this grant, services available to residents will include case management, creative art therapy, the Summa Stress Center and access to The Red Bird Center; a healing center that specializes in trauma recovery.

Additionally, construction of a playground on the neighboring property is set to take place through donations from Huntington Bank and other organizations in the Akron area.

Lastly, the 2019 Halloween Charity Ball has selected two nonprofit organizations to receive funds from the event, with Summit Liberty House being one of them.

“The donated funds will go toward programming for female veterans and their children,” the press release said.