Under the direction of Vinay Parameswaran, around 100 youth musicians will perform a three-concert series. 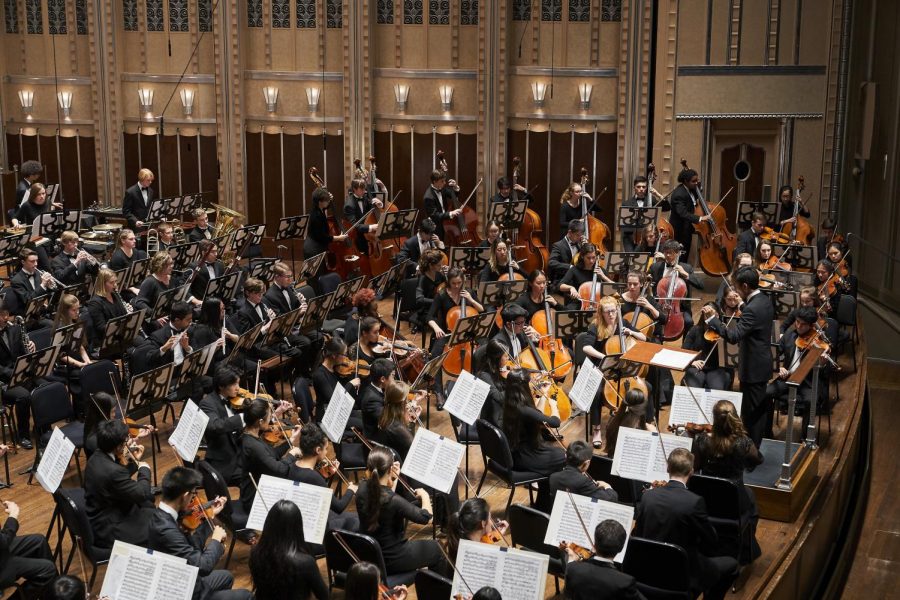 The Cleveland Orchestra Youth Orchestra will begin their 2019-20 season on Nov. 15 under the direction of Vinay Parameswaran as part of their continued efforts to nurture young musicians and unite the community through music.

According to a press release, the November performance will feature both recent works and pieces from the early to mid-20th century. It will also see Cleveland’s first performance of Sarah Kirkland Snider’s 2016 “Something for the Dark.”

In his third year as music director of COYO, Parameswaran said he wanted to bring together a group of young musicians who are not only versatile, but also comfortable with playing works from composers such as Mozart.

“This new crop of students is up to the task; they realize the expectations we have in the group and they’re fitting in seamlessly,” Parameswaran said.

During their March performance with the COYC, COYO will perform musical pieces from a broad range of time, including  Felix Mendelssohn’s 1844 composition “Hear My Prayer” and Arvo Pärt’s 2009 “In Principio.”

Concluding in May, COYO will introduce another first Cleveland performance with Gabriella Smith’s “Tumblebird Contrails,” as well as perform Debussy’s “La Mer” and a concerto featuring this season’s winner of the COYO Concerto Competition.

For COYO, this season has been about exploring new compositions that have never been played by the orchestra or in Cleveland, Parameswaran said.

“The majority of the works that we’re playing have never been played by COYO before, and one work on each of the three concerts has never been played in Cleveland before, so it allows us to showcase the versatility of this orchestra,” Parameswaran said.

Subscriptions to the three performances are available for $30 per seat or $60 for a box seat. Those under 18 receive a free subscription with the purchase of one adult subscription.

Tickets to individual performances are also available for $15 per seat or $25 per box seat. Those ages 7-17 will receive complimentary tickets for each regular-priced adult paid admission.

For more information on subscriptions or individual tickets, visit the Cleveland Orchestra website.

“It’s going to be an exciting and challenging season for us, but all of us in the Cleveland community should be proud of what these young musicians can accomplish,” Parameswaran said.