The Vindys flirt with the styles of pop, jazz and rock giving them their particular sound. 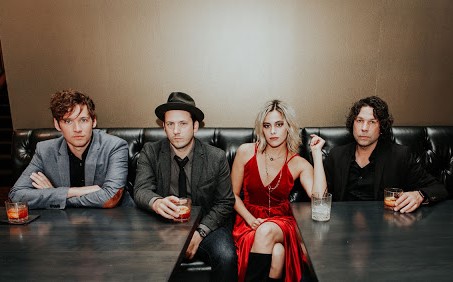 The Vindys, a band based out of Youngstown, will be performing at Music Box Supper Club, located on 1148 Main Ave in Cleveland, at 8 p.m. on Nov. 1.

Doors open for those in attendance at 6 p.m. All ages are welcome to attend the performance. Tickets purchased in advance cost $15 and day-of tickets cost $20.

Proud of their Youngstown roots, the origin of the band’s name comes from the city’s daily newspaper The Vindicator. Additionally, the city’s music scene has started reviving since the 2000s due to The Vindys’ close association with it.

“Each member of The Vindys has a little different musical background and this helps to develop this different kind of sound that we have going,” Popovec said.

According to Popovec, the band’s sound naturally occurred with each member bringing their own flare to each of her originally written songs.

Then, after the “Friday Night Rocks” campaign run by the Pittsburgh Pirates and AT&T Sports Net  showcased several bands local to Youngstown, they saw a large growth in their fan base.

When the music video for their latest single, “Are You Ready,” was shown on during the campaign, it received more than 40,000 views on social media over the course of a week.