Students at UA Determined to ‘Make a Difference’ Despite Transportation Issues

No transportation made it difficult for student volunteers to complete service projects in the Akron community, so they completed their own on campus. 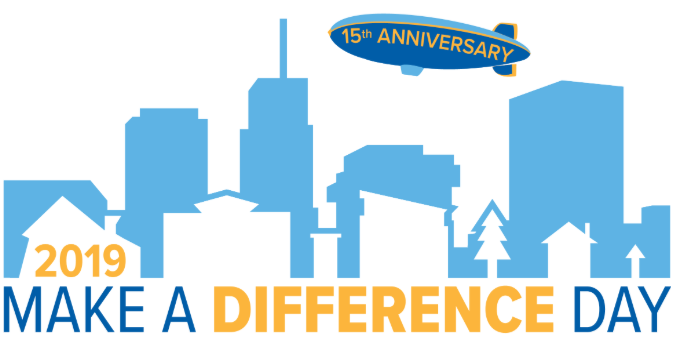 The logo used for this year's Make a Difference Day at The University of Akron.

On Oct. 25, students from The University of Akron filled the Jean Hower Taber Student Union at 9 a.m. ready to volunteer for Make A Difference Day.

Two different shifts were available for students to complete service projects. One from 9 a.m. to 11 a.m. and another from 1 p.m. to 3 p.m. Students were assigned to groups and those groups would get assigned a service site to go to.

However, this year’s Make A Difference did not go as originally planned as there were no buses to take students to their assigned sites off campus.

Luke Trese, a sports management major and President of Sigma Lambda, a group on campus that volunteers every year, said several students ended up completing projects on campus or at places within walking distance of campus.

“I did stick & peel crafts, making gripping socks for the elderly, and one other small project I can’t remember. Another group from Sigma Lambda walked to Haven of Rest, and another group pulled flowers on Coleman Common,” Trese said.

Trese added that he heard the lack of transportation was a mixup, as the buses were allegedly scheduled by the bus company accidentally for Saturday instead of Friday.

When asked about the transportation issues, Adam Beverly, Coordinator of Make A Difference Day declined to comment.

While the morning may have been a bit chaotic, by the second shift everything was under control and groups were reassigned tasks and were still able to work at some project sites.

Despite the lack of transportation for Make A Difference Day, student volunteers at UA were still able to make the most of the situation and make a difference on and around campus.