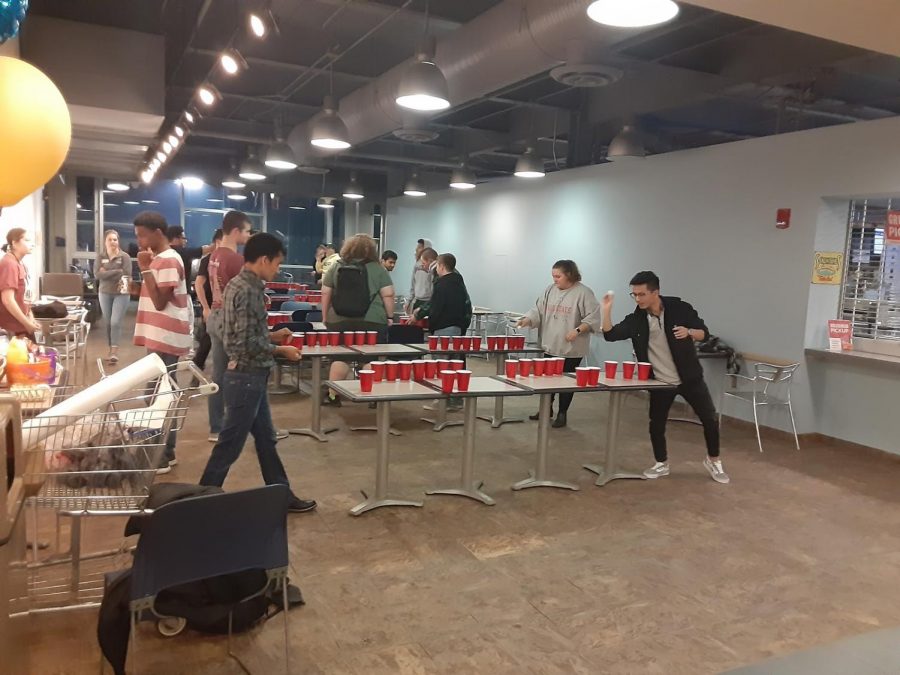 Students participating in the Root Beer Pong Championship during the kegger event.

On Oct. 29, the Zips Program Network (ZPN) at The University of Akron hosted a root beer kegger in the Jean Hower Taber Student Union in honor of alcohol awareness week.

The kegger took place from 8 to 11 p.m. and was open to all current UA students interested in root beer and activities with peers and friends.

Activities included trivia and corn hole, along with a root beer pong championship where the grand prize was a gift basket.

The food and fun activities served as an intended reminder by ZPN of the genuine effect having fun without the influence of alcohol can have.

Junior Allyson Monroe, house chair of Kappa Kappa Gamma and a political science major, said she believes in the positive effects an event like this can have on the student body.

“I think it gives students a chance to be themselves for a change, without all the other stuff,” Monroe said. “It’s really fun too.”

Monroe is not the only one who shares the same feeling of positivity towards the kegger and its message.

Deborah Novak, assistant director of student conduct and community standards and member of the Alcohol Awareness Committee, ran a table at the event to spread awareness about the “Truth About Marijuana” initiative.

“The importance of getting awareness to student alcohol use is important but we must also bear in mind the usage of marijuana edibles,” Novak said.

Novak emphasized addressing the negative effects of all influences, highlighting marijuana edibles as a talking point.

Overall, this event was dedicated to showing positive influences of having a good time without alcohol or drugs.