Exhibit by Akron Natives on Display in Northside District Until 2020

Photographs from Adam Bernard’s series “Project Belvedere” are paired with writings from colleagues to showcase beauty within the Midwest. 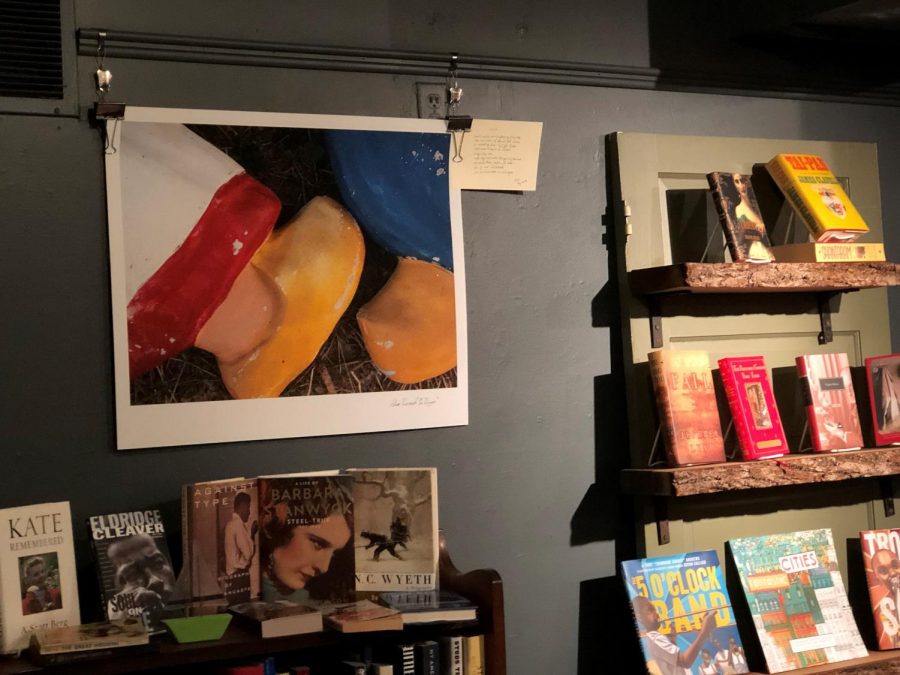 Fr. Greg Olszewski’s poems (to the right of the photograph on display) serve as a narrative to Adam Bernard’s photographs in the exhibit “Town & Country featuring Route 42.” The piece above is titled “Dutch.”

The work of a former instructor of photography and news photographer Adam Bernard is on display at Trust Books, located at 106 N. Main St., through Jan. 4, 2020.

Bernard’s exhibit, “Town & Country featuring Route 42,” features photos of the scenery and land of the length of U.S. Route 42 from Cleveland into Lexington, Ky.

Alongside each photograph is a poem based from Bernard’s former Medina Sun colleague, Father Greg Olszewski. The photographs were primarily taken during a trip by Bernard and Olszewski in 2016.

The composition is completed by a poster-size print of fellow Sun veteran and Akron native Brian Lisik’s essay “I hate art and I hate blues music (but Adam Bernard is neither of these).”

“[Olszewski] was the first person I called while planning this trip because of his way of working with words,” Bernard said.

Olszewski said that his trip to Kentucky with Bernard at times felt like a sort of “twilight zone,” and expressed that each photograph is realistic for him as they fill him in on the background of the scenery.

“There’s always another layer to these photos,” Olszewski said. “If I see a smoke stack against a blue sky, I know that someone is working.”

Olszewski’s view of these additional layers can clearly be seen in his poems contributed to the exhibit. Several poems allure to others in the series and refer back to previous photographs in the exhibit.

“Viewing these photos for the first time was like watching a slideshow movie or highlights to a good trailer,” Lisik said. “If photography can speak, it was speaking.”

“Town & Country” falls in line with Bernard’s overarching artist’s mission, which he has named “Project Belvedere.”

Bernard describes Project Belevedere as a mission to capture the inherent beauty of scenery within urban, suburban and rural areas of the ordinary world.

“Project Belvedere allows me to share this beauty that I have recorded as a photograph,” Bernard said on his website. The term “belvedere,” he explains, is Italian for “beautiful view.”