Students of the Myers School of Art: More than Artists

When they’re not working behind a canvas, students from the Myers School of Art are working to give back. 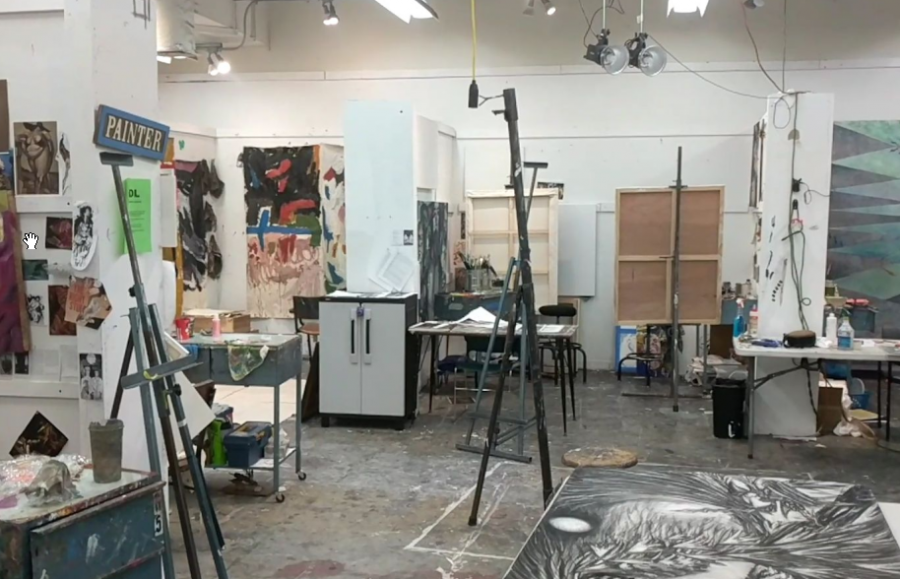 Just one of the many spaces available for students to use within the Myers School of Art.

Experiencing moments of synchrony can be life-changing and found anywhere. Often times, these become memorable for those taking part in the experience.

“We just so happened upon this Robert Frank exhibition one of the days, which was crazy because we had been studying him for several years now in class,” Calcei said.

The emotional impact of the event brought Calcei to tears.

Current vice president of SAL, Dzsenfier Hegyi, recalled having a similar moment when she decided to pursue a career in the arts after switching from studying to be an ultrasound technician.

During an ultrasound of one of her organs, Hegyi said the technician asked why she was going to college to be an ultrasound technician. Although her other option was photography, Hegyi was worried about employment opportunities.

“She ended up telling me that she also had a love for the arts but didn’t follow her dreams and that I should,” Hegyi said. “So I got in my car and changed my major right then and there.”

Eventually, both Calcei and Hegyi became officers of SAL and were inspired to help other art students experience moments like these, where their hard work turns into a sign of affirmation.

Calcei, SAL’s Treasurer, along with Hegyi and SAL President Summer Patterson were part of the small who set the organization back onto the agenda of making a difference in the campus and Akron community.

Part of Patterson’s agenda once she became president was to help to better unify the School of Arts and foster a more supportive environment between the designated concentrations.

“People will always have their own opinions on art but for the most part we are very supportive and involved with each other,” Patterson said.

Events such as a poster swap, Halloween party and trips to nearby museums are just a few of the activities that SAL organizes for students in the School of Art.

Patterson said the organization was founded in the 70s or 80s to act as an umbrella organization for the other clubs in the Myers School of Art and as a gateway for the students to give back to the Akron community.

During the holidays, the League partners with organizations like The Memory Project to create portraits for children who wouldn’t normally have the opportunity.

They also help to make blankets for the Akron Snow Angels charity during the colder months.

Besides those activities that explicitly utilize students’ artistic skills, SAL also gives back to school children in Akron during the holidays by raising money for toys and having Christmas parties with them.