The Women’s Studies program hosted the production in E.J. Thomas Hall on Jan. 31. 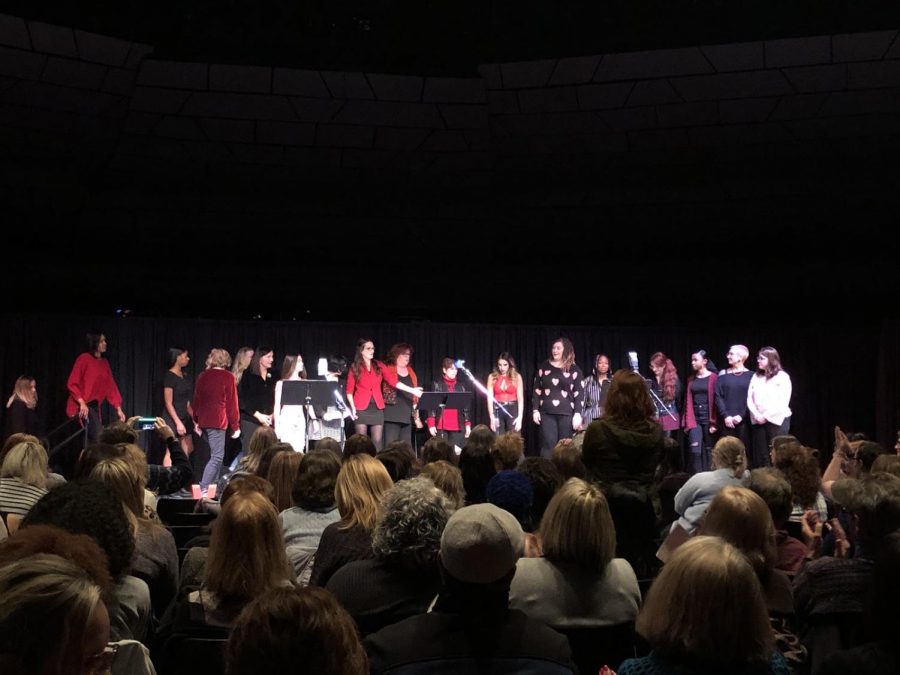 The cast of UA students, faculty and staff, as well as Akron community members, on stage.

The University of Akron’s Women’s Studies program hosted a performance of “The Vagina Monologues” at E.J. Thomas Hall on Jan. 31.

The production was organized and directed by Dr. Mary Triece, director of the Women’s Studies program and professor within the School of Communication, with a cast of UA students, faculty, staff and Akron residents.

“The Vagina Monologues,” written by Eve Ensler, is an episodic play made up of multiple spoken pieces featuring stories from women all over the world.

Cast members came on stage alone or in a group to perform each short story-like scene.

The topics of the scenes vary, but they all focus on the overarching theme of what it means to have a vagina.

Other scenes from the play included “The Flood,” “Six Year Old Girl” and “Over It, Redux.” These evoked a variety of emotions from the audience, eliciting cheers, claps and shouts throughout the show.

“I felt super empowered by this,” said Cami Trizzino, a high school senior attending UA through the College Credit Plus (CCP) program. “A lot of the statistics honestly made me kind of emotional.”

The creation of “The Vagina Monologues” in 1994 led to the establishment of V-Day in 1998.

According to the V-Day website, the non-profit’s mission “demands that violence against women and girls must end.”

The organization allows activist groups to perform “The Vagina Monologues” and donate the proceeds to various local organizations that further V-Day’s mission.

“I think it’s really important, because not everybody knows this stuff, just to raise awareness about it, and to be that empowerment and do something to change the environment that we’re in now,” Macy Jones, another CCP student, said.