Authorities in Calabasas, California, have been investigating the crash that claimed the lives of nine people, while fans continue to mourn the death of a basketball legend. 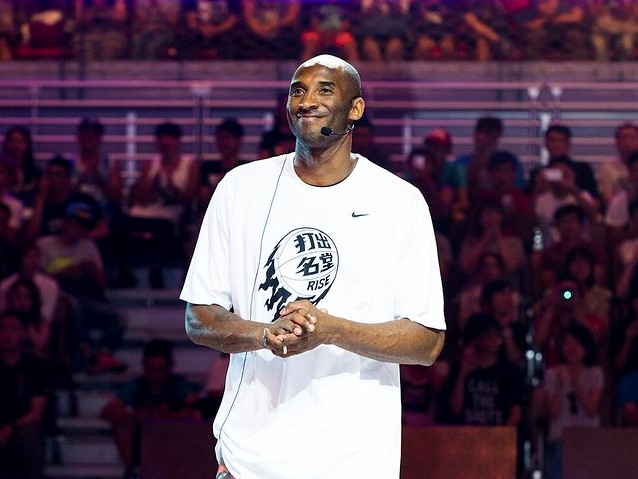 Retired NBA player Kobe Bryant and his daughter Gianna “GiGi” Bryant were killed in a helicopter crash along with seven other victims on Sunday, Jan. 26.

Basketball fans around the world were left in shock after NBA legend Kobe Bryant, 41, his 13-year-old daughter Gianna “GiGi” Bryant and seven others died in a helicopter crash in Calabasas, California on Jan. 26.

According to an ESPN article, the helicopter departed from John Wayne Airport in Orange County, California, at 9:06 a.m. heading toward Mamba Sports Academy in Thousand Oaks, where Bryant coached his daughter’s youth basketball team.

The first 911 call reporting the crash was at 9:47 a.m. and Los Angeles County Sheriff Alex Villanueva later reported in a news conference that there were no survivors.

During the news conference, LA County Fire Chief Daryl Osby said the Federal Aviation Administration (FAA) would be working with the National Transportation Safety Board (NTSB) to investigate what caused the crash.

Among the victims of the crash were Kobe and Gianna Bryant; John, Keri and Alyssa Altobelli; Sarah and Payton Chester; Christina Mauser and the helicopter’s pilot, Ara Zobayan.

According to ESPN, Bryant was the youngest player in NBA history, entering the professional league right out of high school in 1996 at the age of 18.

During his career in the NBA, Bryant achieved many accomplishments and was beloved by basketball fans everywhere, including The University of Akron.

Junior Morgan Horn, a strategic and organizational communication major, said she feels Bryant’s death personally, as he was an inspiration to so many.

“When he passed it was different from just any celebrity passing. Kobe was an individual that gave hope to everyone regardless of race, gender or age,” Horn said. “He taught me to never settle for mediocre. Not to chase success but to let success chase you. He taught me about teamwork even with the most odd pairing.”

Horn and other basketball fans weren’t the only ones shocked by Bryant’s death.

Other NBA players who knew Bryant personally and other public figures in the media have taken to social media recently to express their heartbreak at his passing.

LA Laker and Akron native LeBron James posted his condolences to Bryant’s family on Instagram on Jan. 28, saying that he was “heartbroken and devastated” by the passing of his “big bro.”

“I’m Not Ready but here I go. Man I sitting here trying to write something for this post but every time I try I begin crying again just thinking about you, niece Gigi and the friendship/bond/brotherhood we had! I literally just heard your voice Sunday morning before I left Philly to head back to LA. Didn’t think for one bit in a million years that would be the last conversation we’d have. WTF!! I’m heartbroken and devastated my brother!! 😢😢😢😢💔. Man I love you big bro. My heart goes to Vanessa and the kids. I promise you I’ll continue your legacy man! You mean so much to us all here especially #LakerNation💜💛 and it’s my responsibility to put this shit on my back and keep it going!! Please give me the strength from the heavens above and watch over me! I got US here! There’s so much more I want to say but just can’t right now because I can’t get through it! Until we meet again my brother!! #Mamba4Life❤️🙏🏾 #Gigi4Life❤️🙏🏾”

Bryant’s death came just one day after James beat his all-time scoring record to claim the spot for third most points scored in an NBA career. Bryant’s last tweet had actually been congratulating James on the accomplishment.

Bryant was also the only player in NBA history to have multiple jerseys, numbers 8 and 24, retired by a franchise: the LA Lakers.

Bryant and his daughter Gianna are survived by Bryant’s wife Vanessa Laine Bryant,  daughters Natalia, Bianka and Capri, his parents Joe and Pam Bryant and his many fans around the world.